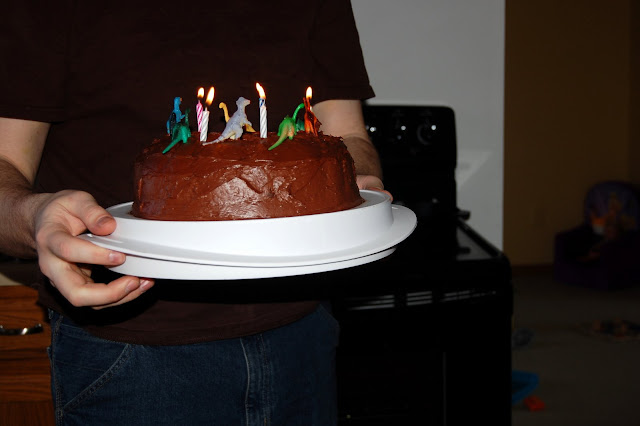 On Sunday we celebrated MM’s 5th birthday with friends – in our new house. (I may never get tired of saying that) Many moons ago he requested a dinosaur racecar pizza party and I worked diligently to deliver. He picked out the cake, frosting, etc. and even helped me make the cake – such a big kid. 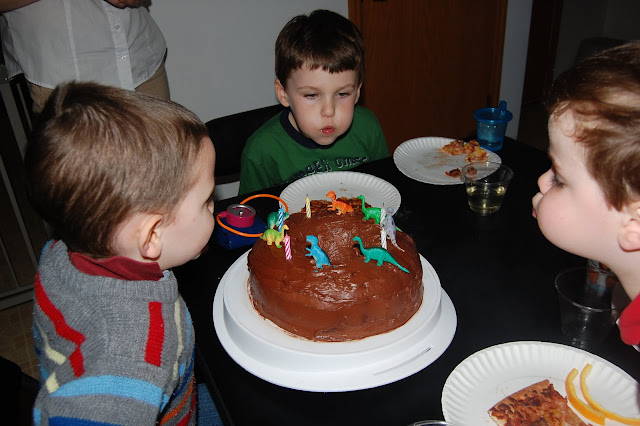 He chose a strawberry cake with chocolate frosting which initially made me raise an eyebrow, but you know what, that kid is onto something because his cake was both pretty and delicious. We topped with tiny plastic dinosaurs that look like they are climbing a mountain, or maybe even a dormant volcano. Just go with me on this one. 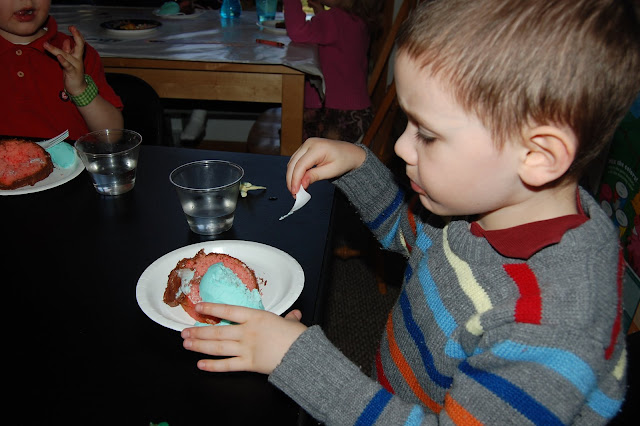 He also picked out the ice cream – flavor is : Blue Moon. It reminds me of bubble gum ice cream, which according to my husband is because it’s mostly just flavored with corn syrup. Ah childhood. 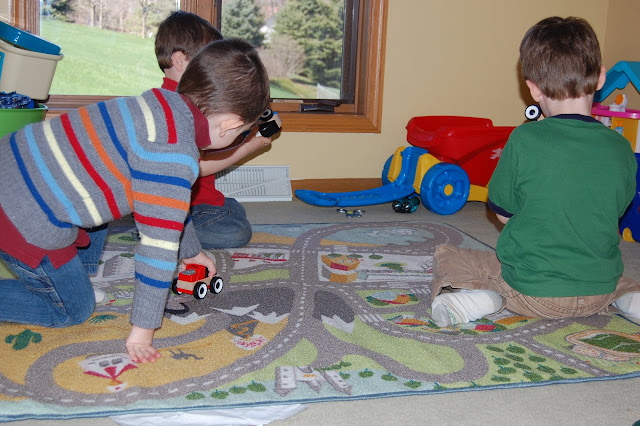 I finally got to give him the rug and cars from IKEA – a gift I began plotting months and months before purchase and then even after purchasing had to wait a week or two before giving him – have you ever tried hiding a giant rug from your child? Yeah. Luckily, he loved it and I have to admit I’m pretty thrilled with it and the cars, too. Love IKEA. 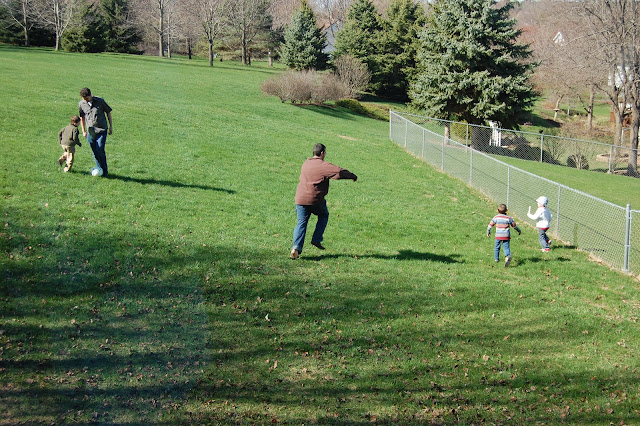 It was chilly out, but the boys couldn’t resist running around in the backyard for awhile. I love our backyard and it was fun to watch them from the window. 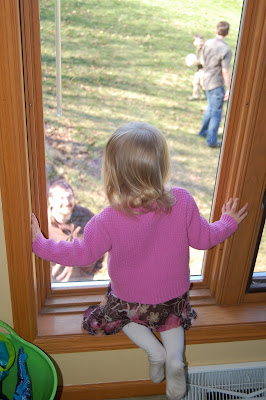 My friend snapped a ton of great pictures from inside of the boys playing and BB and her baby watching them play from inside. Eventually they went out and joined also. Of course silly mom got distracted by cleaning and also … shhh, the computer. See during the middle of the party I mentioned wanting a new email address and then suddenly I was actually creating the account and trying to migrate things. :sigh:: In retrospect that wasn’t the best time to do it. I hugely underestimated what an undertaking that was going to be.

But eventually I made it outside and met everyone at a little park down the block from our house – more things I love about this house. Sweet, small, pretty park in ridiculously close walking distance. Score! I was only out briefly because, dude, it was seriously cold out!

But I’m sure it won’t be long until the weather warms up and then we’ll all be outside playing together in that beautiful backyard or walking to the park to take advantage of their terrific playground. Flying kites, basking in the sun, taking long family walks. I’m looking forward to good times spent outdoors!

So, in short – things to remember: