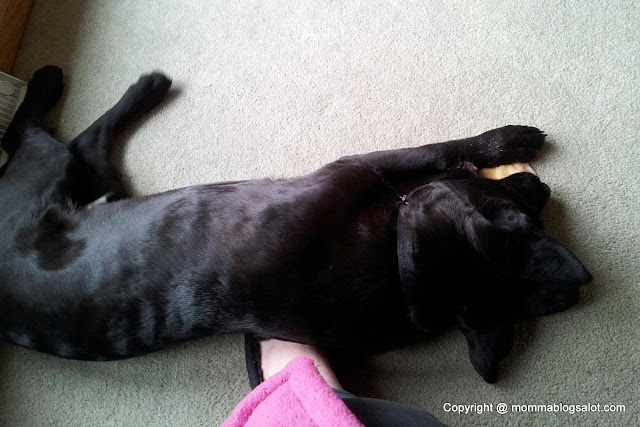 It’s a lazy day kind of morning here at Chez Momma. The elder child seems to be fighting off the stomach bug that his sister had several days ago. Neither child seems to be having it in a bad way per say, as in I’ve seen worse and I haven’t really had to clean up anything, but he looks so run down and just not himself that I kept him home from school today. The poor kid was trying really hard to convince me that he felt fine and wanted to go to school but he was shivering for no obvious reason (no fever) and just looked miserable. Plus he’s been fighting a bad cough for a week now at least. And he has The Smell.

Moms, do you know what I am talking about here? I swear, I can tell if one of my kids is really & truly sick because they get The Smell. Usually it’s on their breath, this morning it was permeating his entire bedroom. My husband used to think I was crazy, but now even he can detect The Smell that I speak of and is starting to come around to my camp. It’s kind of like when you can tell your cookies are done baking because the smell suddenly fills the room. I could tell MM was sick this morning because his bedroom smells like you should wear a hazmat suit before entering. This kid is sick and staying home. Hopefully it just results in a little extra television time and maybe some crafting if he’s feeling up to it later (Mommy Shorts says all sick kids should do lots of crafting).

Meanwhile I’m donning my comfiest robe, drinking a nice latte and hoping the dog spends a lot of time napping on my feet, his favorite resting spot, and isn’t ape shit crazy energy dog today. I think we all know which one of those is mostly likely to happen though, don’t we? ::sigh::