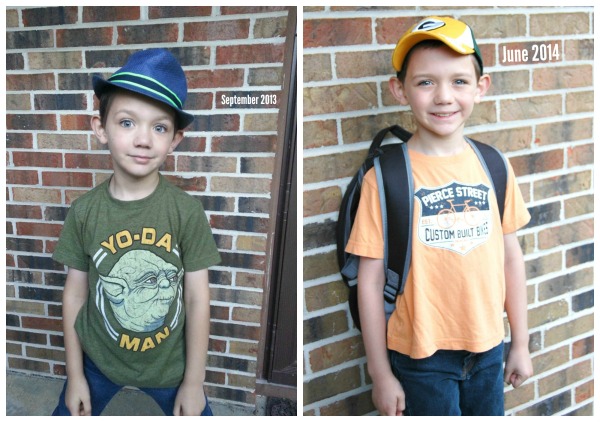 Today was the last day of school. It’s amazing to think how fast the year went and how much my kids have grown and learn and changed – and how much they have stayed the same. This might be the first year that MM has significantly grown height wise in a couple of years. We’ve had to buy him larger sizes a lot this year, though he’s still probably one of the shortest kids in his class.

He’s still pretty much the same MM – still giving the camera karate punches and still a happy, well rounded kid. He’s a little on the fence about this school year ending. We are hoping / planning to switch schools in the fall and he is not happy about leaving behind the good friends he has made though he is excited about the new school. It makes this last day bittersweet for him though.

I’m proud of his ability to keep his chin up and I know that my friendly “makes new friends everywhere he goes” kid is going to be just fine, no matter where he ends up in the Fall.

This year he learned a lot of new math skills – addition and subtraction, telling time, money, and a whole bunch of other stuff. He has been really into science, too – how stuff works, how things grow, rockets, robots and more.

Little BB graduated from 4K today! She woke up ecstatic that it was the last day of school, she is so excited about the summer and getting to spend every day with mommy! I love that she is still my little snuggle bug but I’m not going to miss dragging her out of bed on school days and insisting that yes she does have to go to school. She loves school, just not in the morning! 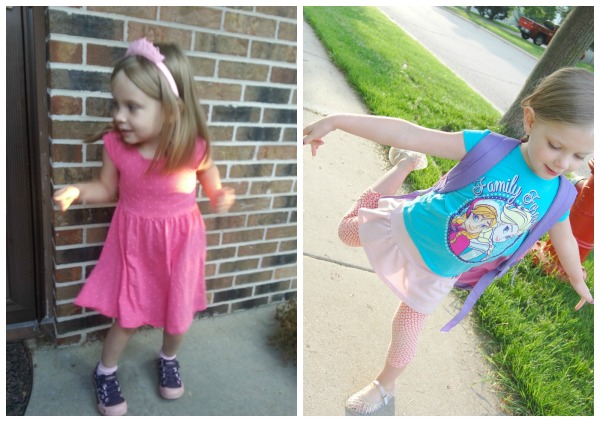 Still dancing through life, still moving a mile a minute. BB has gained a lot of confidence this year but also a lot of social fears she’d never had before. I spent a lot of karate classes convincing her to introduce herself to the other little siblings in the waiting area, assuring her that all she had to do was so hi and join in. For the first time she’s grasped the concept that everyone might not like her and she isn’t sure what to make of that right now. I’m hoping this is something she overcomes next year and that she isn’t Social Anxiety Girl like her mother.

Occasional shyness aside, my how much she has learned this year! She can write and read her name along with a handful of other words. She can count to 100 and loves to do so often. She might have better handwriting than her brother already! She loves to tell jokes and sing songs and often makes up her own songs. She is her own little drummer, marching to her own tune in life.

And now another school year has come and gone. Book bags are being emptied, piles of kids schoolwork is waiting for me to go through and sort, photograph and recycle. Summer vacation is officially begun! Hold me. We are in for an exciting, action packed summer with very little downtime, for better or worse. And it’s all starting in 10, 9, 8, 7, 6, 5, 4, 3, 2, 1…