Outside My Window: It has been ridonkulously cold lately. With the exception of a few glorious days this week that saw temperatures above 10 degrees, it’s been largely 0 degrees or lower with wind chills making it feel even colder. Our saving grace these days is that we are not buried in snow like our New England family and friends but let me tell you about how the dog run in the backyard resembles an ice skating rink of doom.

I Am Thinking: that I’m really behind on household chores but have no will power to seriously consider things like dishes, folding laundry or vacuuming right now. I just want to eat beer battered fish, watch eleventy episodes of Parks and Rec and call it a night. 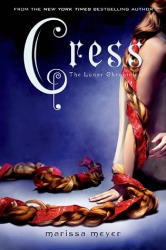 I Am Reading: Cress by Marissa Meyer which is book three in a series that I am seriously obsessed with. So far my impression of the series has been that book one is amazing and you will inhale it at lightening speed. Book two is very good but not quite as good as book one. You’ll read it slightly slower but still find yourself hooked in the end. Book three is possibly better than the first two or at least equally as addictive as book one. I love that new main characters are introduced with each book and how different fairy tales are rewritten to exist inside the author’s created world. I could go on.

I Just Watched: Alexander and the Terrible Horrible No Good Very Bad Day, starring Steve Carrell and Jennifer Garner so obviously it was really good. It’s really only loosely based on the original book but in this instance it doesn’t hurt either. I thought the movie’s premise was adorable, the cast was awesome and it was laugh out loud funny from beginning to end and endearing, too.

I Am Hearing: my adorable daughter scampering around the house being an adorable five year old. The silence of my eight year old working diligently on his homework. The hum of my space heater keeping me from turning into an icicle.

Weekend Wrap Up: My weekends have pretty much become a monotonous blur of work blended with trying to get errands run and relaxing somewhere in between. We rented the movie I mentioned above. Dan and the kids went to a winter day camp with the cub scouts that seemed to give poor BB a head cold. And we bought a new couch. You know, no big deal.

Plans For The Week: Book club on Wednesday night. We’ll be discussing The Absolutely True Diary of a Part Time Indian by Sherman Alexie. Friday night is the Cub Scout’s Blue & Gold Banquet which is kind of a big deal. The kids have Friday off from school so hopefully I won’t be a zombie by the time we get to the banquet.

And it only took us eight years to find a couch to replace our old one which is possibly older than I am! We found this at Menards for too good of a bargain to pass up, especially because we both found it comfortable which almost never happens. So of course, obviously, our oven is threatening to die again now. ;P