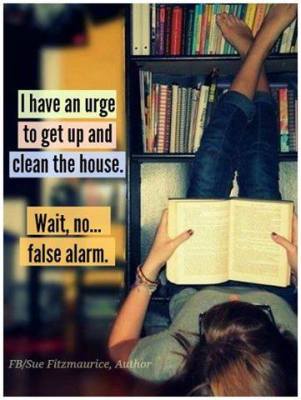 It’s hard to believe the year is already half over. It’s been a good literary year so far. Looking through the list below, it’s clear that I’ve been indulging in some fantastic YA fiction – never a bad thing! I’ve also read a few great memoirs, some awesome literary fiction and some great read alouds with the kids as well!

I’m linking up with The Broke and the Bookish for this week’s Top 10 Tuesday to share the ten books that I’ve enjoyed the most this year, in no particular order – all of these are great books to add to your TBR list!

1. Cinder by Marissa Meyer (and the rest of the series)

When you tell people you are reading a story about Cinderella as a Cyborg… you are going to get strange looks. When you tell them you are becoming rabidly obsessed about a story about Cinderella as a Cyborg… yeah. It doesn’t get much better, I’m afraid. But then curiosity might get the better of them, and they might read it, too. And when they become hooked, they will tell you – “I’m sorry I thought you were insane. This book is awesome. I’ve already bought books 2 and 3 and I’m not even done with book 1 yet.” True story. –full review –

2. Gregor the Overlander by Suzanne Collins

When my 8 year old son insisted that I read this series, I couldn’t say no. It’s no surprise that Suzanne Collins has written another series that creates rabid fans. This story is adorable and inspiring and often gives ‘all the feels’ – It’s also a nice quick read for advanced readers and probably a challenging read for intermediate readers looking for a push. I’ll definitely be reading book two. – full review –

3. The Goddess Test by by Aimee Carter

I got sucked into this story pretty much immediately and found myself reading it whenever I could which resulted into staying up all night to finish the second half of the book even though I had to get up early for work the next day. So, basically, it was pretty darn good. I’m not an expert in Greek mythology; I noticed a lot of reviewers were pretty bent that it didn’t follow mythology correctly. I guess they didn’t notice that it was supposed to be a modern retelling that gives the original story a completely different spin. I thought it was extremely well written and found that the characters really tug at your heart strings and make you care. Well done! – full review –

4. An Abundance of Katherines by John Green

Another great book by John Green. Told from the pov of a former child prodigy who has graduated high school and just gotten dumped by the 19th Katherine. He and his best friend go on a road trip to cheer him up and obviously epic adventures ensue. I loved the characters and the descriptions and basically everything.

This book was kind of amazing. I really had no idea what I was getting myself into with this book when I started and I loved how the story seemed to kind of unfold itself as I read. The author did a great job of giving you just as much information as she wanted you to have as the story progressed. The characters were wonderfully fleshed out and the story lingered in my mind constantly throughout the day and probably will continue to do so for quite some time. – full review –

This book was all the things. Funny and insightful and also funny. Aside from being an awesome writer, comedian and actress, Amy Poeheler is also an amazing person with a lot of great stories to tell.

7. May B. by Caroline Starr Rose

I was captivated by this book. Written in verse, it manages to not be at all annoying the way books written in verse sometimes are. You will definitely find yourself rooting for May as you read her story. 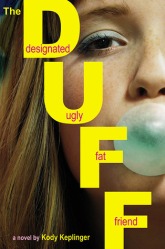 8. The Duff by Kody Keplinger

I guess it’s fitting that I read this book obsessively in basically one sitting. As the main character, Bianca, finds herself obsessed with “the wrong guy”, I found myself obsessed with the story. This is the kind of story I think a lot of girls can relate to – we’ve all felt like the DUFF (designated ugly fat friend) before, as Bianca eventually learns.

Now the caveats: This book contains a lot of mature content – namely, sex. Far more than one would expect to find in a “young adult” novel – maybe I need to get with the times and acknowledge that this is realistic but I’d caution you not to recommend it to younger readers because I’m not sure the book sends an entirely healthy message in the long run. Everything works out well for the characters of the story, but even our main character will acknowledge that this is not always the case. – full review (of book vs. movie)–

9. To All The Boys I’ve Loved Before by Jenny Han

I really got into this book, to the point where I was already researching book two before finishing the first. Lara Jean is a character you will become attached to- her fears and anxieties are something I think a lot of people can relate to – and she’s the kind of girl I’d want my daughter to look up to. I was rooting for her to find the right guy, even when I wasn’t sure who that was. I loved her family and the dynamics between them and I’m very curious to see what happens next.

To be honest, I wasn’t crazy about Eadlyn at first. She has everything she could ask for and has been raised to be strong willed and determined, but she ends up taking this for granted and forgets about things like humility and graciousness, afraid that being humble will be seen as weakness … I was also kind of skeptical about the entire premise of the book to be honest. Why on earth would Maxon and America want to put their daughter through a Selection?

But of course this is a novel by Keira Cass so it sucked me in anyway and I quickly found myself caring. Is Eadlyn a spoiled brat? Yup, but I still wanted her to find her happy ending and seeing her slowly grow as a person was so rewarding. I still am not entirely sure which of her selected boys (or other boys) I want her to end up with and I was more than a little ranty when I realized the story would not be tied up in one book and that I’d have to wait A YEAR to find out what happens next. Why does Kiera Cass like to torture me so? WHY? Is it 2016 yet? How about now?

What’s the best book you’ve read so far this year?

Indulge me while I share three completely unrelated bits of news and events and try to force them into being linear thoughts. In other words, get ready for the random.

1. We took the kids to see Inside Out this weekend and, as expected, the whole family basically adored it. I could tell from the previews and the cast alone that this movie was going to be amazing and I wasn’t wrong. Another incredibly smart comedy that will get you from every angle and have the whole family laughing (and occasionally crying). This is a must see.

2. The kids finished their first two week session of swim lessons at the local pool and they had a blast every single day. The classes met M-F for half an hour each day and at the end of every class I heard them say, “I wish we could keep swimming, thirty minutes just wasn’t long enough!” It wasn’t all just fun though, they learned a lot, too. MM finally conquered his fear of going under water and is learning to legitimately float and BB went from having no swim skills to being able to float on her back and go underwater a little bit. They’ll be taking more lessons in about a month.

3. I just finished reading Paper Towns by John Green. You know I love a John Green book, but I have to say I liked this one a tiny bit less than FIOS and An Abundance of Katherines. I liked the characters and the writing was good, but sometimes the dialogue bordered on too much – too written out and planned, you know? And I felt the pacing was off – it felt like the plot line didn’t pick up until 75% through the book which I realize now was the book’s climax but it felt like the rest of the book was just setting the tone for that final quarter of a plot and left most of the story to feel like we were just stalling for time, which we were – but it’s fiction, so he could have chosen to write it differently. Yes, this is me finding fault with John Green’s writing. Deal with it. I’m still totally planning to read the rest of his books and will continue to adore him regardless.

What have you been up to?