Kate @ Mom’s Radius just posted this and I was all like, “aawwwww yeah, a new book tag!” She didn’t tag me but I’m doing the tag anyway because I’m a rebel and tagged myself (she tagged herself, too, so it’s only fair). This tag is all about going against the norm anyway so it really is fitting. Wanna play along?

1. A Popular Book or series that you didn’t like.

I really couldn’t get into The Magicians by Lev Grossman. I know it’s supposed to be like Harry Potter for grownups (or twenty somethings anyway) but it was just felt like it was trying too hard while the main character felt like he wasn’t trying hard enough if that makes any sense. The amount of apathy that boy was rocking was borderline exhausting. I also continue to have an unhealthy disdain for The Scarlet Letter by Nathaniel Hawthorne.

2. A Popular Book or series that every one else seems to hate but you love. 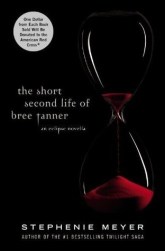 I followed Kate’s lead and checked out my list of books read on goodreads.com and compared my rating to the average user rating. A few that I noticed were The Short Second Life of Bree Tanner and some of the other books from the Twilight series by Stephenie Meyer that I loved a lot more than average readers seemed to. I also seemed to like the Babysitters Club books by Ann M. Martin more than most people! I think a lot of us 80’s children fell into the BSC obsession.

3. A Love Triangle where the main character ended up with the person you did NOT want them to end up with (warn people for spoilers) OR an OTP that you don’t like.

I definitely had my #teamjacob moments when reading the Twilight series but I don’t think I’m alone in this. I also really wanted Lara Jean to end up with Josh in To All The Boys I’ve Loved Before by Jenny Han. Even though he was her sister’s ex boyfriend. Even after books 1 and 2, I could not sit comfortably on the Peter Kavinsky Train.

4. A popular book Genre that you hardly reach for.

I read almost 0% horror novels and rarely read romance novels in the traditional trashy sense. I love love stories but the cliched Fabio on the cover novels that are all corset ripping and awkward sexy scene descriptions do nothing for me. The whole 50 Shades of Grey scene was not my thing, basically.

5. A popular or beloved character that you do not like. 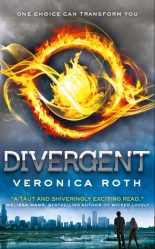 You know, I liked her initially, but over the course of the series I grew to like Tris Prior from the Divergent series less and less and I think it’s supposed to go the other way around. The terrible movies did nothing to help this problem. I think it’s just that she showed so much potential for character growth that never really happened.

6. A popular author that you can’t seem to get into.

Jodi Picoult seems to be the modern-ish  Lurlene McDaniels – i.e. the sad novels that give you #allthefeels except mostly just the sad feels. I might be over generalizing but the point is that I have a hard time wanting to pick up her books because I know there is a pretty good chance they will leave me feeling all puddly.

I agree with Kate that I am kind of a sucker for cliches but I do think the dystopian genre and in particular the factions of society reimagined with horrific results until one teenager knows better than all the adults and breaks down society and then rebuilds it with the help of some underdogs who probably become just as corrupt as the old society… yeah we’ve had a lot of those. Don’t get me wrong – I love a lot of those stories but when I feel like I know the whole story before I’ve even started (and when I finish it and I was totally right and the whole thing was predictable)… I guess it’s not so much the cliche that bothers me so much as the inability to find your own voice inside of a successful story idea.

8. A popular series that you have no interest in reading. 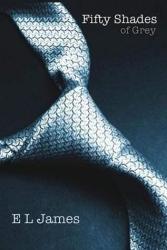 Again, the 50 Shades of Grey is not happening here. I’ve avoided it this long, I’m not about to give in now. Nothing against the people who love it, it just doesn’t sound like my cup of tea for multiple reasons. I have enjoyed the myriad of parodies that were created to make fun of it though.

9. The saying goes “The book is always better than the movie”, but what movie or T.V. show adaptation do you prefer more than the book?

I liked The Witches of East End tv show more than the book, though I’ve only read the first book so who knows, maybe they got better. I found the characters on the show to be more fully fleshed out and well rounded and a little more likable to boot. Also the tv show changed Bran’s name to Dash and although both names are silly – Dash is a way better name!

So what would your responses be?

Are you playing along on your blog?

Let me know in the comments section below.