Another bookish tag, Jen? I know, I know – but this one is all about Harry Potter which has been the backdrop to our lives this summer and I couldn’t resist joining in the fun. I saw this tag at A Redhead’s Rambling – a fellow Hufflepuff and book blogger that you probably need in your blogging life.

Now, are we all ready to pretend that we are living in the Harry Potter universe? Then let’s begin…

What house are you in? 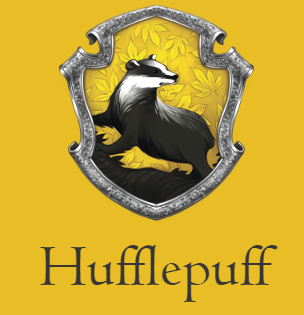 Fun fact – Pottermore originally sorted me into Slytherin and I was all like, “Um… say what?” Ignoring the misconceptions that Slytherin is somehow evil – that wasn’t my beef at all. It’s just that nothing about the Slytherin house sounds anything like me. I’m hardly what you’d call ambitious, shrewd, cunning or achievement-oriented. But Pottermore only let’s you take the quiz once and so I figured I was basically stuck with my life choices, left to wonder what questions I’d answered to their quiz that had given them the impression that I might be a parsletongue kinda girl.

Like if my email address was noiamnotaslytherin@gmail.com, I could register as noiamnotaslyherin+tryagainpottermore@gmail.com – and the genius bit is any emails from the site will simply be forwarded to your actual email address. Guys, it worked, and when I took the quiz again I got the Hogwarts house that I actually relate to and that most people who know me would place me in – Hufflepuff!!! Loyal, patient, fair, hard-working, true… That’s more like it.

What is your patronus?

I got a Bloodhound which, to be honest, I was kind of meh about. I’m more of a cat person truth be told. But he is pretty cute. And really, look at this face:

What is your wand?

Some snooty Wizards belive that Elm wood wands will only work for Pure bloods, but Rowling heartily disagrees. “Of all wand woods, elm, in my experience, produces the fewest accidents, the least foolish errors, and the most elegant charms and spells.” Being a somewhat clumsy kinda girl, this sounds like a good choice to me.

I’ve also got a unicorn hair core which is said to produce the most consistent magic – these wands are very loyal and tend to remain strongly attached to their first owner. So no need for password protection?

What would your boggart be?

I’m not honestly sure – I feel like it would be something threatening my children. Momma bear life, you know? Or maybe a ledge under my feet that appears to be precariously high in the air?

What position would you play in Quidditch?

Um, yeah, there’s no way I’m playing Quidditch. I’ll sign up for bringing the players a nice cold drink of water or maybe just cheer from the stands.

Would you be pure-blood, half-blood, or muggle-born?

I really don’t know – I think I’d be fine with any scenario but if I am a pure blood, I’m gonna be real Weasley about it. Like, yeah that’s cool but it doesn’t make me better than anyone.

What job would you want to have after graduating Hogwarts?

Something relatively safe and non-Auror-ish. Are there magical librarians? Maybe I’ll go work for Flourish and Blotts?

Which of the deathly hallows would you choose?

I think the cloak of invisibility is the only one I’d feel comfortable possessing – the other two seem like a pretty big responsibility. But with the cloak I can go do things without having to people so that’s pretty cool.

Probably the Prisoner of Azkaban – at least that was my favorite the first time I read the books. We’re rereading them all with the kids and just started The Order of the Phoenix. I have to say that my impressions of the books feels different this time around so I’ll be curious to see which one feels like a favorite by the time we finish them.

I do remember finding Harry to be a particularly angsty teen in The Order of the Phoenix and that tainting my opinion of the book a bit – but we aren’t far enough in yet for me to have made a firm decision on this. Really, I love all of the books for different reasons so picking a least favorite is difficult.

Probably the first one – it was our first time really getting to experience the world of Hogwarts visually and because it’s the shortest book they were able to give attention to most of the plot points. Also the Dumbledore was better back then.

Goblet of Fire seems to fill me with the most nerd rage over missing characters and plot points. And, you know, entire swaths of the book. The lack of S.P.E.W. still really irks me. But David Tennant is there and that helps a little even if he’s kind of creepy as Barty Crouch Jr.

Honestly, I have a few. Rowling wrote some incredible female characters that are strong and clever and fantastic people. Ginny and Mrs. Weasley. Hermione, Luna Lovegood, Professor McGonagall. I can’t pick just one.

Rita Skeeter seriously ticked me off. Blame it on my years working for the college newspaper, but honestly – she’s a disgrace to her profession and gives journalists a bad name.

I mean, obviously Professor McGonagall – she’s often the only one who seems like she could be qualified to teach at any school, magic or no. Plus she’s bad ass.

Professor Trelawney is kind of exhausting. Like Hermione, I’d have a hard time taking the class seriously and her dramatics and dark predictions would get old pretty quick.

Do you have any unpopular opinions about the series?

I don’t know if they’d really be unpopular. I’m possibly too basic for that. I certainly have opinions though. I didn’t really like either of the actors cast to play Dumbledore, but that’s probably because I still wish it was Gandalf. 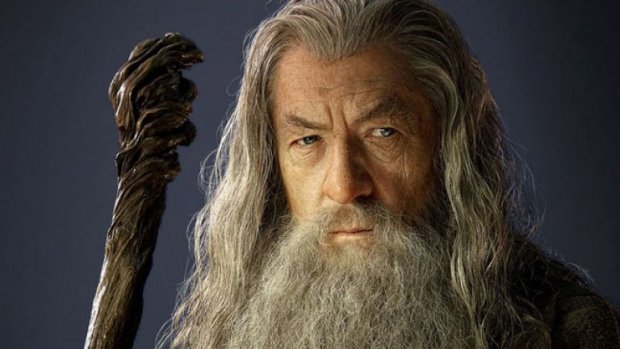 That’s all I can think of. Pretend it’s unpopular and you don’t all agree with me.

If you could save one character from the finale battle who would you save?

Honestly, if I could save all of them I would. Tonks, Lupin and Fred Weasley definitely hurt the most and I have my reasons for wanting to save them like everyone else. But I also can’t help thinking about all of the people who didn’t really need to be there – like Colin Creevey who was pretty much just at the wrong place at the wrong time. I’d want to save the people who didn’t march in bravely but died anyway.

Okay – that’s all the questions for today. If you want to play along on your blog – tag you’re it! Let me know in the comments section so that I can go read your answers.