This week’s Top 5 Tuesday theme is fantasy books, which is one of my favorite genres. I thought I would specifically highlight 5 of my favorite fantasy series. Because the only thing better than a great book is more great books, amiright?

Harry Potter and the Sorcerer’s Stone by J.K. Rowling

I read these as a young adult and I’ve been rereading them with my kids and it’s every bit as enjoyable as the first time, if not more so. I find I’m getting to know the adults of the HP Universe in a way that I didn’t the first time I read the books.

If you loved Mulan, you’ll want to read:

Alanna desperately wants to be a knight, but because she’s a girl it’s not allowed. She trades places with her brother who decidedly does not want to be a knight, disguises herself as Alan of Trebond, and the adventure begins. This series boasts: Brave knights, a world of magic, sword fighting, romance.

This is a series that will lead you down a rabbit hole of yet more books. Pierce has written a massive amount of books and most of them seem to connect to each other in some way, almost two dozen of them take place in the same world as Alanna. I also really loved the books about Alanna’s daughter, starting with Trickster’s Choice but I recommend reading the Alanna books first because spoilers.

For a little more Steampunk in your Fantasy: 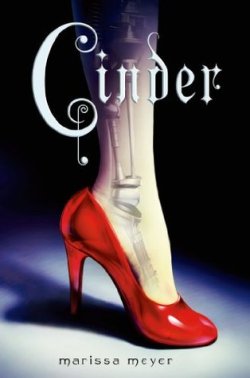 Cinder by Marissa Meyer – You guys knew this one was coming right? I couldn’t write a post about fantasy novels and not mention The Lunar Chronicles. If you haven’t heard my spiel before, this is the sci fi / fantasy / cyborg / fairy tale retelling that you didn’t know you were waiting for. It’s first in a hugely popular series – each book taking on a different fairy tale and adding to the story as a whole. It will take up serious chunks of your life because it’s immensely bingeable and you will lose hours to reading.

This is one of those books that was recommended to me for ages before I gave in and read it because the whole “cyborg Cinderella” bit seemed a bit reaching to me – but it has quickly become a Favorite Book Series Ever in my life. So if you are still on the fence, I’m going to go ahead and urge you one more time. SO WORTH IT.

For When You Binged The Lunar Chronicles and Need More Retellings:

There are only two books in this “series” so far with at least one more on the way. I’m secretely hoping that the Lady Janies never stop writing together because their first two books are so ridiculously good.

This is sort of historical fiction, but there is so much fantasy that it almost needs a new genre. A retelling of Lady Jane Grey that turns history on its head in the best way. There is romance, political intrigue, magic, horses falling in love, adventure, laughter and seriously – just good stuff.

This is another book that is hard to explain without having you raise your eyebrows at me in suspicion. Which kind of makes me love it even more.

For When You Want To Live Inside a Book Forever Ever… 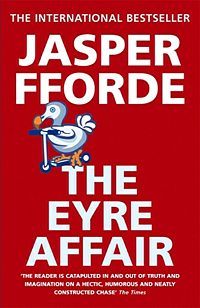 The Eyre Affair by Jasper Fforde

I might have saved the strangest for last. This is certainly the series that most frequently makes my head spin with world building details, wacky realities, an increasingly massive list of characters and a world where the rules seem to change all the time. Don’t get comfortable but do tuck into a terrific series.

It all begins with our heroine, Thursday Next, who lives in a 1985 Great Britain where things like time travel and cloning are all par for the course. Thursday Next finds herself quite literally stuck in a book, Jane Eyre of course, and things only get weirder from there.

Okay, that’s my list – what would be on yours? Let me know if you are linking up with Bionic Bookworm’s Top 5 Tuesday also!