CBS is working on a Supergirl tv series and they’ve cast the lead role.  The idea of an actress from Glee starring in a super hero show honestly doesn’t thrill me but I’ll try to keep an open mind. Though super hero tv shows are popular, they usually don’t hold my interest long anyway. Am I alone in this?

Geek Mom shared where to find the geekiest teas. I’m supremely intrigued by Adagio Teas selection of fandom inspired teas created by their customers. I might have to look into this further around the holidays unless someone wants to buy me some now. ::hint hint::

Have you seen the previews for the new show Backstrom (or even watched it?) Apparently some people at Entertainment Weekly are equally skeptical about Backstrom and they’re equally tired of the toxic anti heroes that have permeated our culture for a long time now. Don’t get me wrong – I’m a big fan of snarky sarcastic jerks (Iron Man, Sherlock, Craig Ferguson) when it feels fresh and right and is written to perfection but it’s become so common now that I’m almost over it.

the only football news i could get excited about: 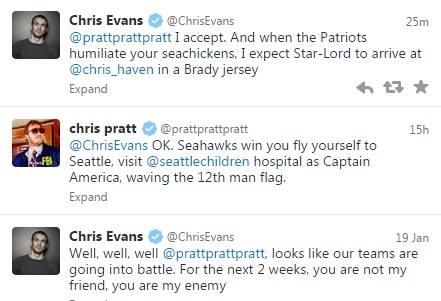