Confession time: I have too many books. I know, this is a shocking revelation. Despite my efforts to keep my book collection in check, there always seems to be more books coming in than getting read. This afternoon I decided to look through all of the Owl Crate books that I’ve received over the last two years that I haven’t read yet.

My goal was to see which books I should donate, which books I want to read soon, and whether I want to continue subscribing to their service in the future. As much as I love getting books and bookish goodies in the mail, it’s only worth it if the books are good, right?

Photographic Evidence Of My Ridiculous Situation: 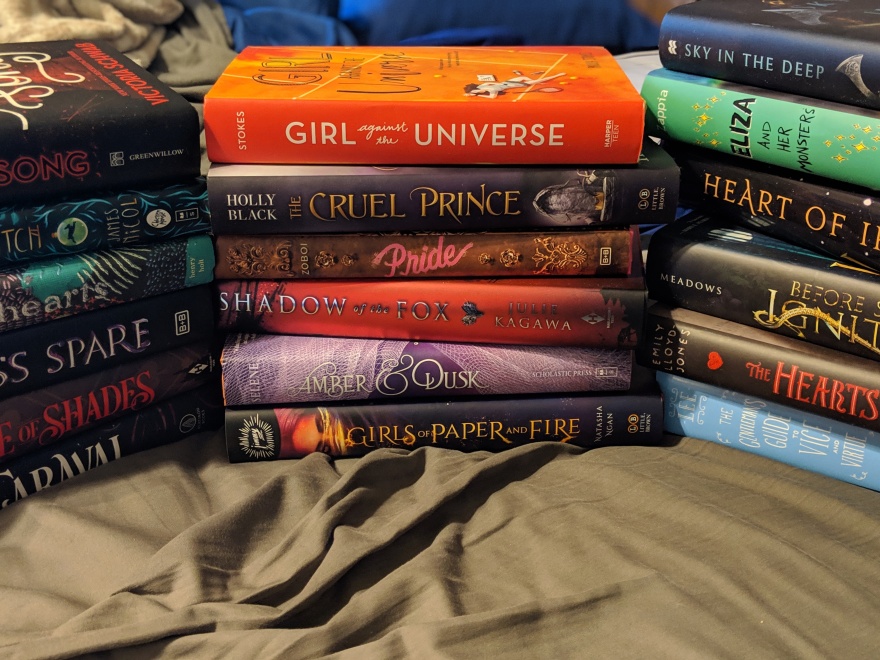 Seriously guys, what is wrong with me? At first I looked at this stack and thought, “Hmmm… if I’m really not going to read these books, maybe I need to reevaluate this situation.” But after flipping through the first few pages of each of them I was pleased to find that I am genuinely interested in reading almost all of them! Seriously there were only 3 or 4 that I’m thinking of just donating outright and that’s because I tried to be picky.

If anything, this little experiment just showed me how much I need to commit myself to reading more of the books I already own. I’m not going to tell you that I won’t buy any new books next year. I know I won’t actually commit to that goal. But I am planning to keep better track of how many books I’m buying in an effort to reign it in a bit. And yes, I definitely think it’s time to work on that huge pile of books up there.

I thought I’d share with you the five books that I found most compelling. They are pretty diverse in terms of genre and a nice glimpse into the types of YA books you might expect to receive from Owl Crate if you were thinking of subscribing. (BT Dubs, this is not a sponsored post, just thought I’d share my findings after an afternoon of attempted book purging). 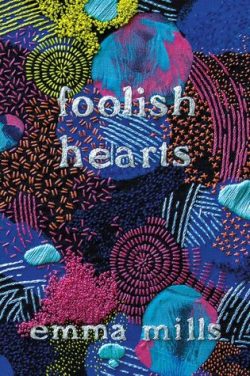 “The day of the last party of the summer, Claudia overhears a conversation she wasn’t supposed to. Now on the wrong side of one of the meanest girls in school, Claudia doesn’t know what to expect when the two are paired up to write a paper—let alone when they’re both forced to try out for the school production of A Midsummer Night’s Dream.

But mandatory participation has its upsides—namely, an unexpected friendship, a boy band obsession, and a guy with the best dimpled smile Claudia’s ever seen. As Claudia’s world starts to expand, she finds that maybe there are some things worth sticking her neck out for.“

This one sounds so cute! I’m not even sure I flipped through the description of this one at all when it came. I’m guessing I was in the thick of Christmas prep and got distracted and just shoved it on my bookshelf. To be fair, as pretty as the cover is, I don’t really feel like it does enough to draw the reader in. I wonder if it ties into the story in some way? 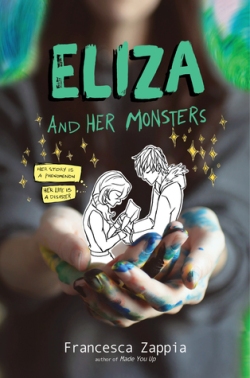 “In the real world, Eliza Mirk is shy, weird, and friendless. Online, she’s LadyConstellation, the anonymous creator of the wildly popular webcomic Monstrous Sea. Eliza can’t imagine enjoying the real world as much as she loves the online one, and she has no desire to try.

Then Wallace Warland, Monstrous Sea’s biggest fanfiction writer, transfers to her school. Wallace thinks Eliza is just another fan, and as he draws her out of her shell, she begins to wonder if a life offline might be worthwhile.”

I’m honestly a little ashamed by how long I’ve had this book and still haven’t read it. The premise is completely right up my alley. It feels very Fangirl by Rainbow Rowell but with illustrations. I’m going to make it my mission to read this in 2019. 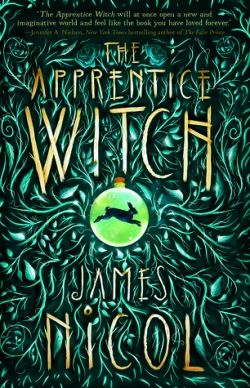 “Arianwyn has flunked her witch’s assessment: She’s doomed. Declared an apprentice and sent to the town of Lull in disgrace, she may never become a real witch– much to the glee of her arch-rival, Gimma.

But remote Lull is not as boring as it seems. Strange things are sighted in the woods, a dangerous infestation of hex creeps throughout the town, and a mysterious magical visitor arrives with his eye on her.”

This one actually came in an Owl Crate Jr. box, but it sounds awesome. I subscribed to Owl Crate Jr. over the summer in 2017 and 2018 as a fun reading incentive for the kids and the books were awesome. I seem to have commandeered this one and then never got around to reading it – whoops! Even bigger whoops because the first few pages were great and the premise sounds right up my alley and probably the kids’ alleys as well. 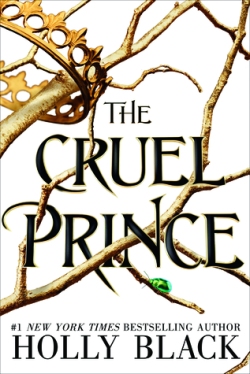 “Jude was seven when her parents were murdered and she and her two sisters were stolen away to live in the treacherous High Court of Faerie. Ten years later, Jude wants nothing more than to belong there, despite her mortality. But many of the fey despise humans. Especially Prince Cardan, the youngest and wickedest son of the High King.”

The first few pages of this book honestly should have been enough to make me put off reading this book indefinitely – the girls’ parents are murdered within the first three pages. This is the kind of thing that usually constitutes a write off for me. But there were clearly mystical elements at play and I was left with lots of questions. Plus it’s written by Holly Black so I’m there for it. 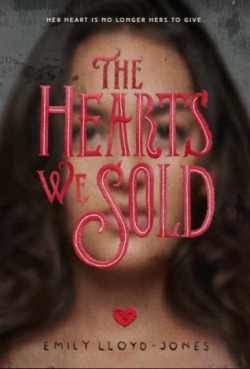 The Hearts We Sold by Emily Lloyd-Jones | August 2017 Crate (unboxing post from Coffee, Cocktails and Books)

“When Dee Moreno makes a deal with a demon—her heart in exchange for an escape from a disastrous home life—she finds the trade may have been more than she bargained for. And becoming “heartless” is only the beginning. What lies ahead is a nightmare far bigger, far more monstrous than anything she could have ever imagined.”

The premise for this one wasn’t really what grabbed me. It actually took reading the first few pages for me to get on board. I like the author’s writing style – it’s very conversational and I found myself flipping even farther into the first chapter than I’d originally set out to. A solid start.

Have you read any of these books? Which one should I read first?