There is a little karate studio down the street from our house. We pass by it when we go to our favorite pizza place in the same plaza. Seeing the sign, I remember being a kid and taking karate lessons for a short while. Either because money was tight or other reasons not explained to a small, oblivious child, I didn’t take the lessons long and never earned a belt at all.

My husband also took lessons, I’m not sure for how long but we both agreed they were fun. And that was pretty much where the conversation ended for a couple years. Then MM’s best friend started taking classes there and MM was continually bummed when play dates were cut short because of karate classes. I considered our plates full with school and cub scouts and left it at that until a couple weeks ago when the karate studio had a bring a friend day and MM was invited to join his friend. We happened to be free so I figured why not. 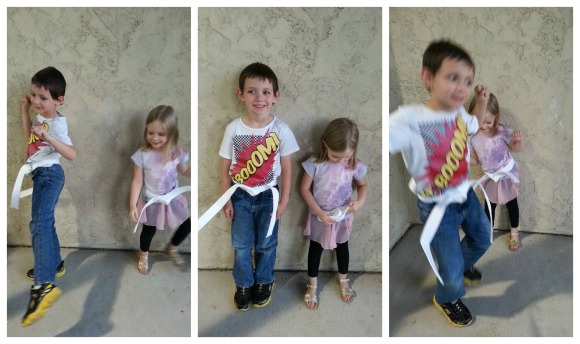 That day I discovered the town’s best kept secret. This karate studio is amazing. The teacher is FANTASTIC with the kids and works really hard to teach them life skills that they can use all their lives that is age appropriate. He doesn’t just teach kids how to kick or punch – he teaches them about focus and hard work – about how to deal with bullies or “bad people” positively. He encourages self defense but never offense. He’s goofy with the young kids and just stern enough with the older kids to keep them in line.

Point is, I very quickly decided to make it work, deal with a fuller schedule and I signed both kids up for one week of classes at a charity fair they held that weekend. The cost I paid went towards cancer research and it gives me a chance to see if the kids are truly interested before paying for a real membership. So far they are both hooked.

MM is loving the fact that he gets to do this class with his best friend and though he’s pretty unfocused and goofy right now, I think that makes the class all the more useful for him. BB is, well, BB. She tries hard when she wants to and ignores the rules when she doesn’t feel like following them. It’s kind of adorable to watch both of them in class. MM is just in his glory and having a blast. BB has this look of determination and no matter how well she is doing (or not doing) she always has this look like “Yeah, nailed it!” after each move. 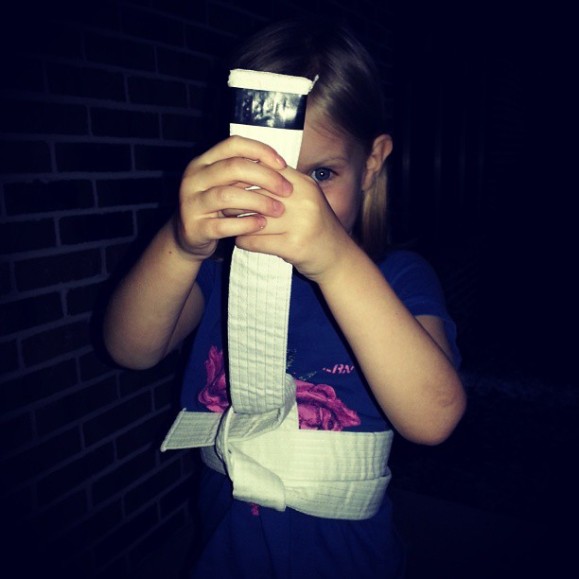 Both kids earned a white belt after their first class and BB earned her first stripe last night for being focused (for a four year old) and trying hard. I’m hoping that seeing his little sister earn her first stripe so soon will encourage MM to work even harder so he can earn his.

I have a feeling both kids will be signing up for at least another month of classes.

3 replies on “My little ninjas: thoughts on karate lessons”

Will they let you join with the kidd

They do have adult lessons there.

That is great! I loved taking karate classes until I had to stop due to back surgery. It is so much more than punching and kicking. Glad you found a dojo that embraces that idea.