Zoo memories over the years… 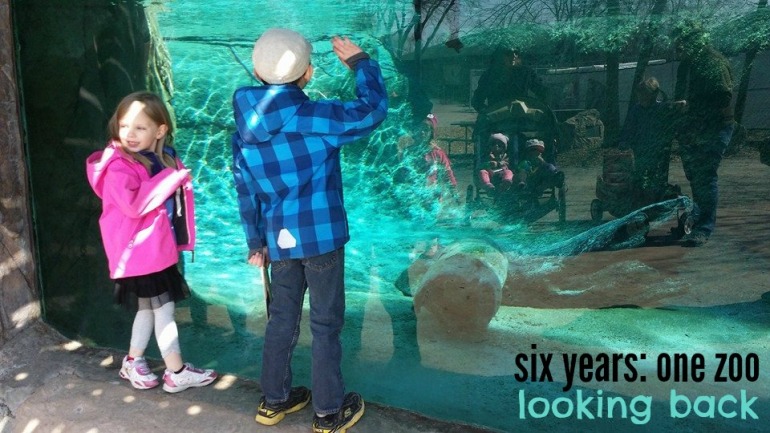 We went to the zoo last week and looking through pictures I realized this is our sixth year of visiting this zoo. Or really sort of the fifth year because you aren’t supposed to include the first year (or this year?) but I’m too lazy to change my graphic that I made before double checking my math and I’m stubborn and stuff. So let’s say six years and ignore the fact that my daughter being four and a half means that the math doesn’t quite add up.

My POINT is that we’ve been going to this amazing little FREE zoo for a long time now and my pictures from each visit are photographic evidence of how much my kids have grown and changed over the years.

I don’t know if you’ve noticed, but he’s a little bit taller now. 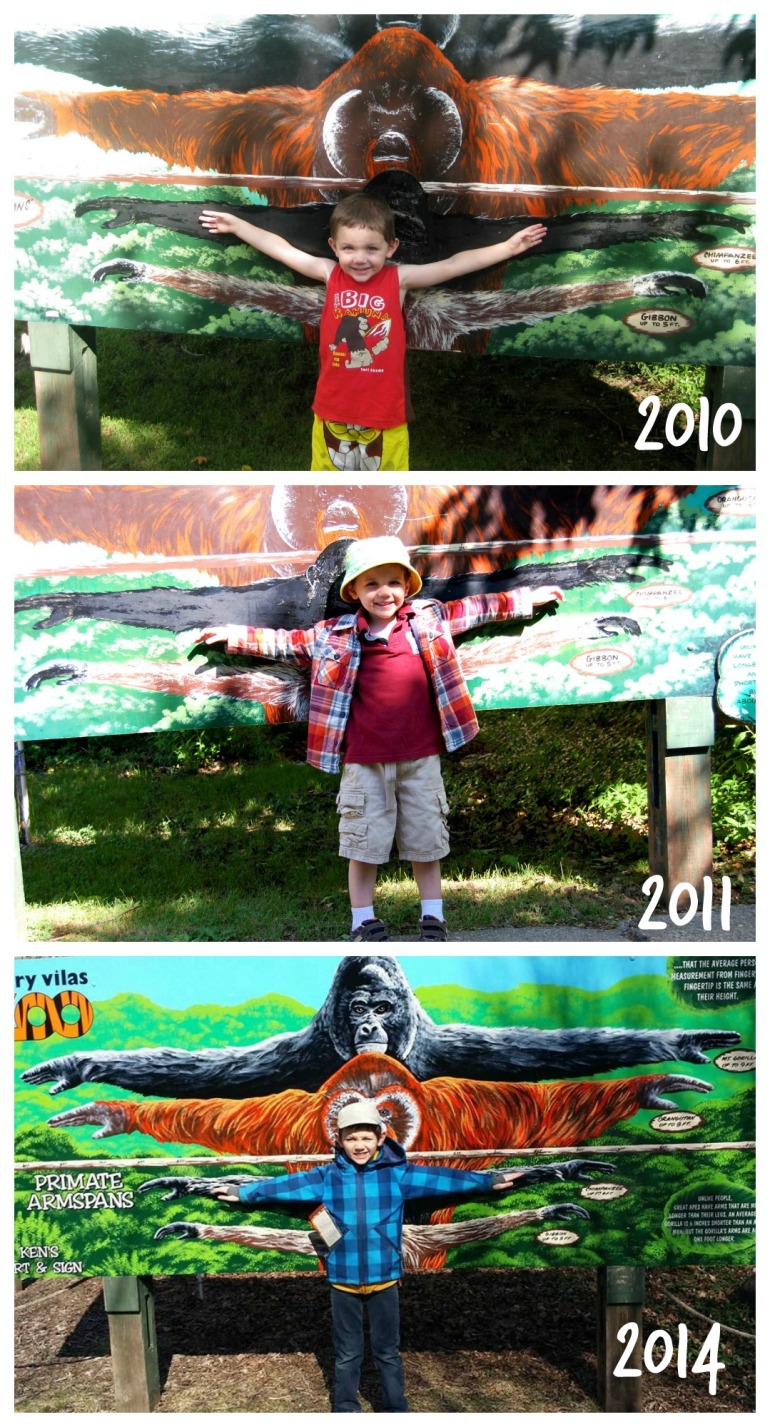 In the spring of 2010 we began a semi-regular practice of taking pictures of MM posing in front of this sign that shows the arm span of different primates so you can go see how you measure up. It’s kind of unreal to me how much longer his arms are compared to 2010 / 2011 and how much taller he’s gotten! Also amazing: 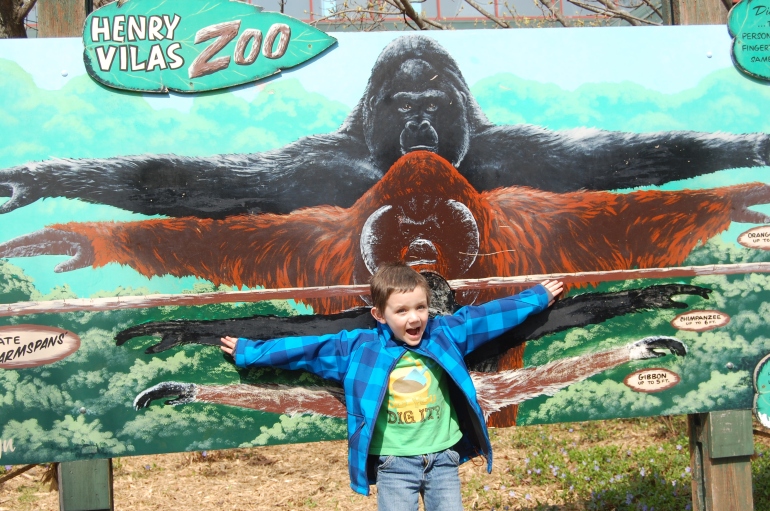 BB has grown a lot, too. 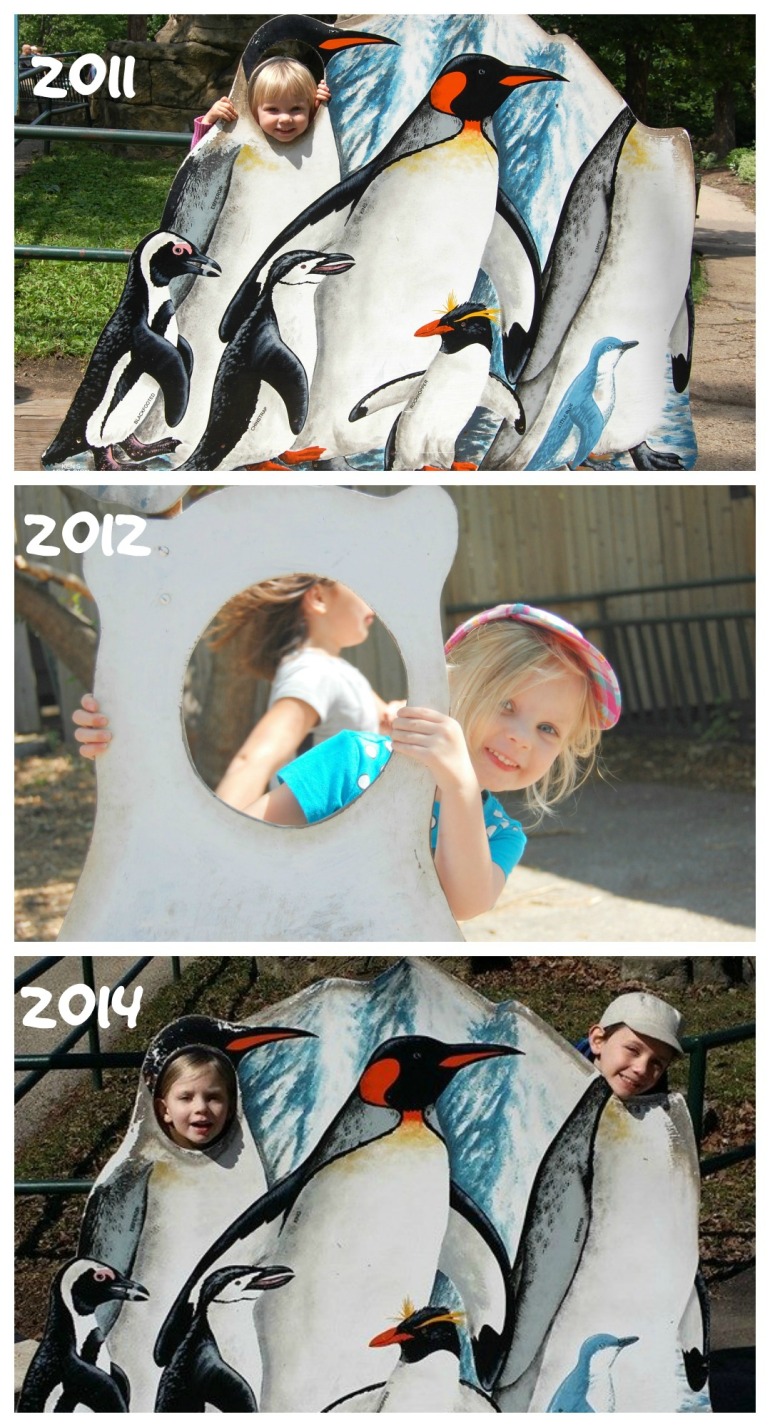 I know this doesn’t really give quite the same visual since she’s hiding behind cut out photo op thingies, but just look at how those cheeks have thinned out as she’s gotten older. She’s practically an eye rolling teenager in that last picture (taken last week). 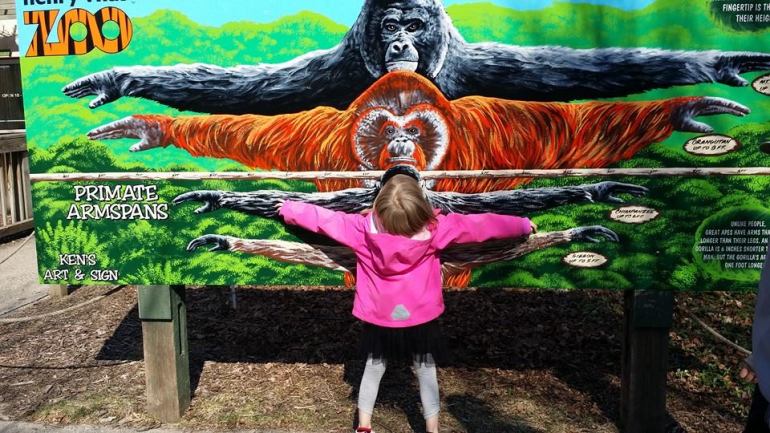 This was the first year that I got a picture of BB measuring herself against the primates so let’s check back in 4-6 years from now so we can see the progression for her, too, kay? You’ll wait, right?

Okay here are two bonus pictures that don’t really fit in with the other “look how much bigger my kids are getting” collages but I feel compelled to share anyway: 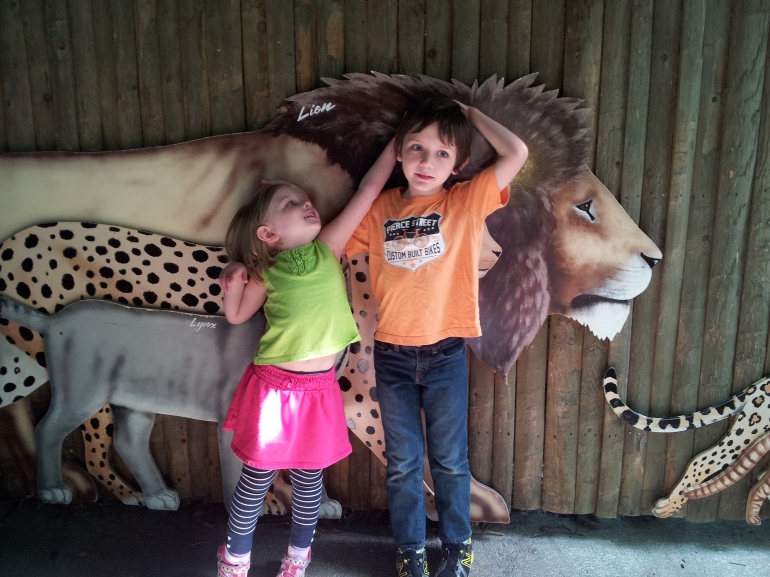 A cute picture of the kids last year “measuring” each other against the wild cats. It kind of just perfectly sums up my children in one spontaneous photograph. 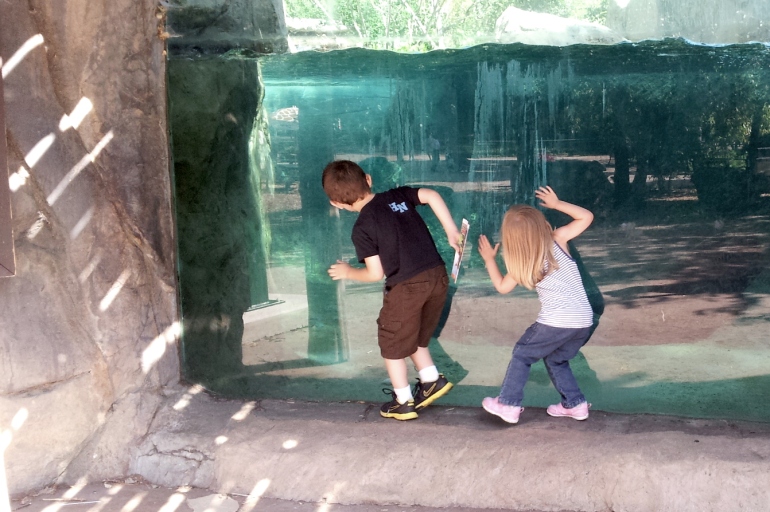 This one always makes me think of that book We’re Going on a Bear Hunt (LOVE btw) and I’ve tried to recreate it basically every time we’ve gone to the zoo in the two years since I took this and have been mostly unsuccessful.

Okay so let’s take a poll:

How many years until MM’s arm span is as long as a gibbon (the bottom primate on the pics above)?

How many years until BB’s arms are longer than her brother’s?