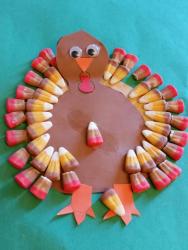 We’re celebrating Thanksgiving with friends again this year – the inevitable outcome of living so far from family is that we tend to get “adopted” by good friends and join in their festivities. I love this because it brings our families closer and it’s a chance to peek at how different people celebrate Turkey Day – and we get to try a large variety of awesome recipes. The more pie, the better, in my opinion.

I’m bringing two dishes this year – one is my mother in law’s rum cake and the recipe is hush hush because it adds to the deliciousness. I think I only possess said recipe because we live 1500 miles away and she didn’t want her son to go into withdrawals. So if you want to try some for yourself, you’ll need to do so in person.

The other dish is something I’ve never made before but that I’ve been dreaming about since I first tried it. We were at an Indian restaurant a couple months ago and I tried a dish called Gajar Halwa or Carrot Halwa for the first time and it was kind of like love at first sight (taste?). It’s a sweet grated carrot dish that rides that line between being a dessert and a side dish, kind of like a sweet potato casserole. And looking at recipes, it seems like making it might not be completely insane. What better time to show off than at Thanksgiving?

There are tons of recipes online for carrot halwa but I’m leaning towards this one at Rookie With A Cookie because it looks ever so slightly easier for amateurs like yours truly and it doesn’t involve ingredients I can’t pronounce. She even offers a youtube video recipe:

Have you tried this dish before?

Have you made this dish before? Am I insane?

What is your favorite thing to eat at Thanksgiving (or Holiday Party)?

4 thoughts on “Thanksgiving Recipe: A New Take on Sweet Potato Pie or Blaspheme?”