Yesterday I interviewed the kids with the same little questionnaire we’ve been using for a few years now. It has been so fun to see their answers change over the years and the difference in their personalities.

Here are MM’s answers to this year’s interview: 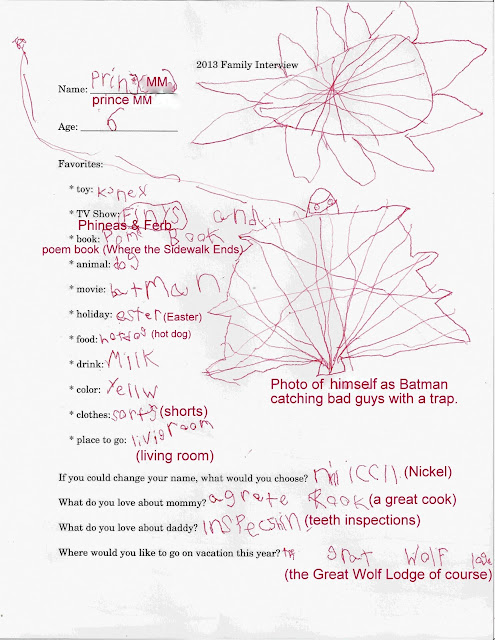 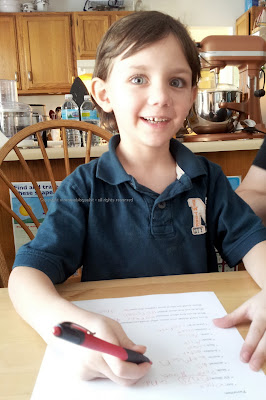 I had him fill out the form himself this year. It was fun watching him figure out how to spell each word and giggling at the misspellings. I loved how he figured out different ways to answer the question using words he knew better, like “poem book” instead of “Where the Sidewalk Ends” – much shorter – even if he did spell poem, wrong!

He is actually a pretty good spelling student. He has some of the longer spelling lists in his class with more challenging words and he seems to memorize them almost immediately, once told the correct spelling. But I really wanted him to just sound out the words in his mind and guess on the spelling of new words, so I didn’t really help him with spelling at all here.

Runner up for favorite TV show would be Doctor Who, but I was happy to see Phineas & Ferb make an appearance here. It’s still a show the whole family enjoys. He also really likes Wild Kratz and the new Teenage Mutant Ninja Turtles show.

We just watched that campy Batman movie from the 1960s (I think) starring Adam West – a perfect introduction to all things Batman for his age. We saw some Batman chapter books at the library today and he of course had to have one to take home. Nice when tv shows and movies encourage more reading!

I had to laugh at his responses about what he loves best about Dan and I. It seemed like he was trying to butter us up / give us answers we’d want to hear. And really, he loves that his father gives him teeth inspections every night? Somehow I don’t think that’s true! 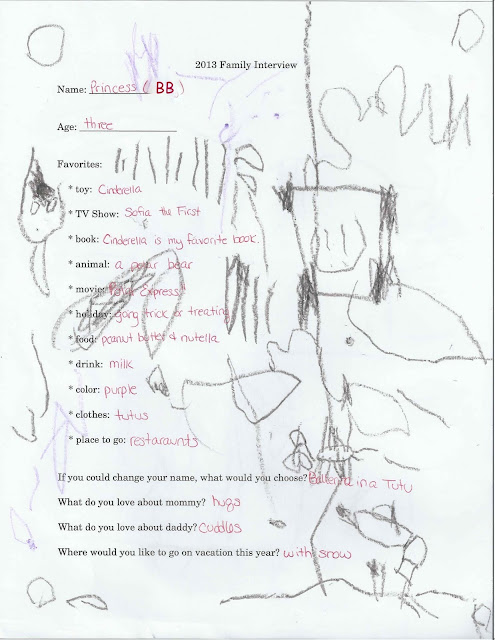 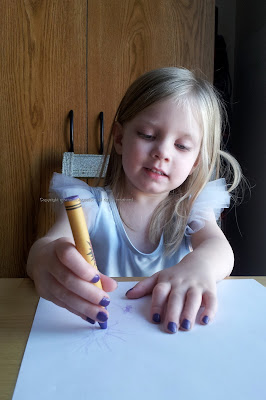 I’m not sure what Cinderella toy she is talking about – we have a lot of Princess toys but I can’t think of any that feature Cinderella specifically. But Princesses in general are definitely where her interests lie these days.

The Sofia the First she has seen is technically a movie, but since it will be a new TV show on Disney this year, I decided to let the answer stay. I think the only reason she chose Polar Express as her favorite movie is because it was the first example of a movie that I gave her. I think Sofia or Tinker Bell would be a more accurate answer.

I was very surprised that she seemed to understand what “holiday” meant, I thought I’d have to explain that one to her, but she definitely remembers getting to trick or treat with grandpa in a Snow White costume and loving every minute of it!

She was wearing a ballerina Tutu while answering the interview, hence the “Ballerina in a Tutu” name response. I don’t think she understood the question, but the response was pretty cute! Likewise, she has no concept of what a vacation was and just kept asking if we could play outside in the snow. :O)

One thought on “Family Interviews 2013”