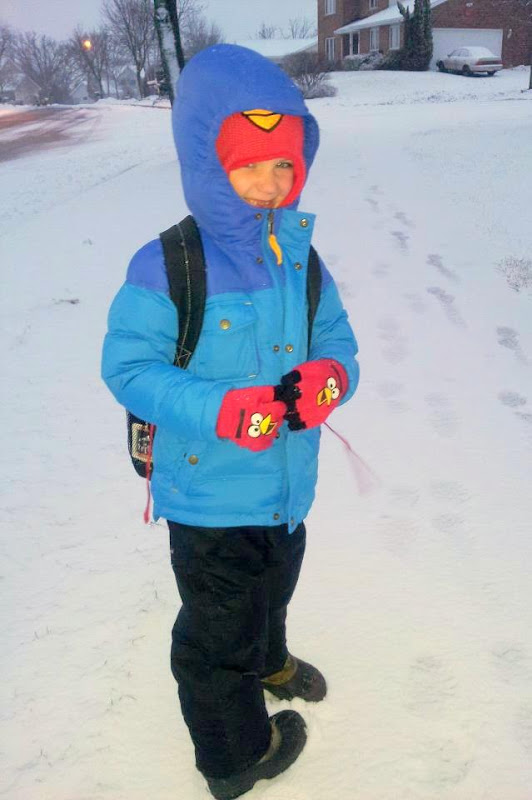 The downside to MM being at school all day is that I get far less pictures of him and less stories to share. I am with BB for basically 100% of the day and with MM for about 30% (that is totally a guesstimate so mathletes please don’t judge me or try to calculate if that’s accurate. I have no idea, nor do I care.) and typically by the time he gets home, I’m tired and grumpy from spending all morning and afternoon with a three year old tyrannical dictator. So I’m not necessarily Fun Photo Taking / Awesome Project Doing Mom when he’s around, but more likely “Do your homework” mom or “Clean your room” mom or “Brush your teeth” mom.

Right now I’m going to be Braggy Mom who tells everyone about how awesome her kid is. Been wondering about what MM has been up to lately? Keep reading…

How is MM doing in school? MM has been doing well in first grade, quite clearly one of the brighter kids in his class. It’s been fun going in to volunteer in his class and get to know his classmates and get to see a glimpse of where my child stands academically compared to the other kids in his class and how he’s getting along with everyone. In general, he’s a super friendly and outgoing kid who does awesome with his school work. But sometimes he’s also the absent minded kid who can’t manage his time or doesn’t remember to bring his homework home (or his lunch box or winter hat or shoes….). His class has had a slew of substitute for the past week while his teacher recovers from a knee injury and I think that this change of pace and structure in his school life has been bringing out his unorganized tendencies in a major way. Which I’m trying to not let that fact drive me nuts, but you know…

What’s MM into watching on TV these days? When he’s not losing footwear and forgetting homework, MM has been really into watching old Dr Who episodes and campy old school Batman stuff. Of course he still loves Phineas and Ferb and Wild Kratts, too.

What are MM’s plans for Valentines Day? MM is working on Angry Birds valentines for his classmates. Yes I totally dropped the ball on doing a homemade valentine project but when I found out we’d be making 30+ valentines this year, my original plan was quite clearly unmanageable so we improvised and by improvised I mean we went to Target.

How is cub scouts going? MM is having a blast at all his various Cub Scout things – we had Pinewood Derby this month and MM won a prize for Most Authentic 4×4 pick up truck. He worked really hard on the truck and had very little help from mom & dad so despite not doing awesome in the races, we are excessively proud of him for all his hard work.

What has he been up to in the afternoons? Why don’t we ever see pictures of him anymore? MM has been finding every chance he can get to play with his best friend (on Wednesday they immediately jumped at the chance to play in the freshly fallen snow before it could go and melt on them again). A lot of times I barely see him even in the afternoon because, go figure, he’d rather hang out with his friends than with his mother. Weird.

What is MM reading these days? According to MM, he has been “reading four books every night before bed.” I’m not sure if that’s a personal challenge or a suggestion from school but either way, I’m not complaining. Though I’d be even happier if he’d clean his room occasionally! As for what specific books, it varies a lot. He has been doing a lot of slightly more complex picture books because he still thrives on pictures in his stories but he also likes a lot of the younger kid chapter books like Captain Awesome. He got a book of Shel Silverstein poems for Christmas and absolutely loves reading those also. I just finished reading Betsy-Tacy by Maud Hart Lovelace outloud to him. I’m not sure he’d enjoy the rest of the series but I thought the first book which features the girls around ages 5-6 would appeal to him. He seemed to enjoy the book as Betsy and Tacy are always up to something interesting and creative but I had to skim over some of the longer passages about fashion because it was obviously boring him silly.

Got any other MM questions? Feel free to leave them in the comments section below. I know you are all excessively curious about my soon to be seven year old son!