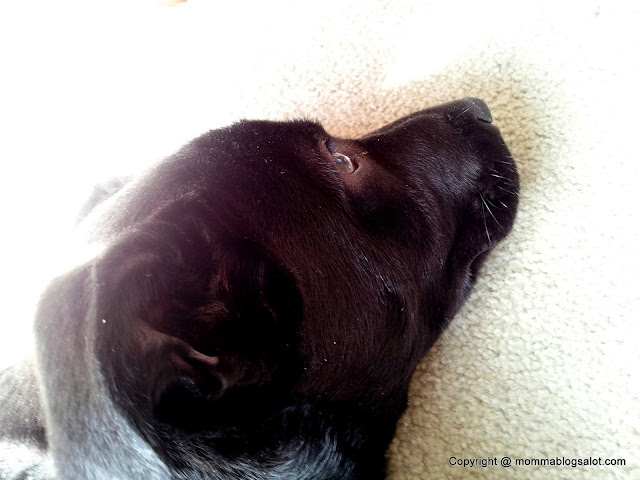 My first week as a New Dog Mom has been an emotional roller coaster, to say the least. You should know that I have never owned a dog, nor ever considered myself a “Dog Person.” I grew up in a home with cats and love me some kitties something fierce, but I’m also majorly allergic to them which is kind of a bummer. That said, I have always loved my in-law’s dog and my husband looooooves dogs and has been anxious to have a dog for awhile now. I have tried to get on the Puppy Bandwagon and was finally ready to go for it after meeting Jingle, now known as The Doctor or Doc for short. 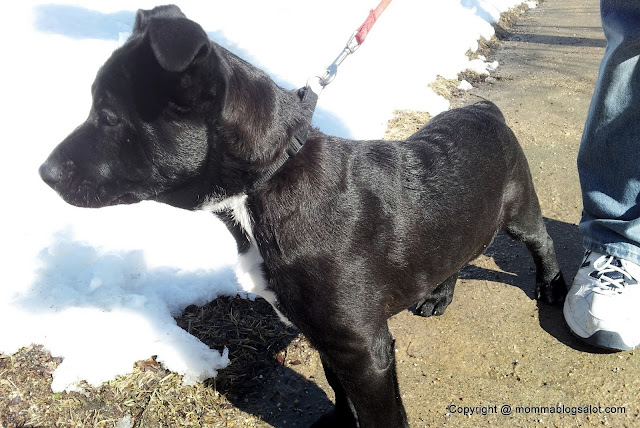 Adopting Doc was basically breaking every rule in the How To Keep Jen Sane book. He is a three month old puppy who is almost starting to kind of get the hang of house training. He is part Black Lab, part Saint Bernard and part Border Collie (read: big, high energy dog). I am not high energy and I’m a petite momma so I may be in for a major shock when he reaches his full size. But he is so darn cute and so well behaved for a puppy. His foster mother worked some kind of amazing magic with him and he has a really sweet temperament. After a few days at home with him though, the cracks started to show.

My first day alone with him, his border collie herding tendencies started to show through when I had friends over for coffee. He started frantically mauling poor little BB who was not amused and momma was not pleased. I ended up crating him and later realized that he totally thought he was protecting BB from my Big Mean Girly Friends. Poor BB. I realize now I should have crated him from the beginning, being in a new home and having all those strange people milling about – what did I expect, really? But, like I said, new dog mom. I have no idea what I’m doing. 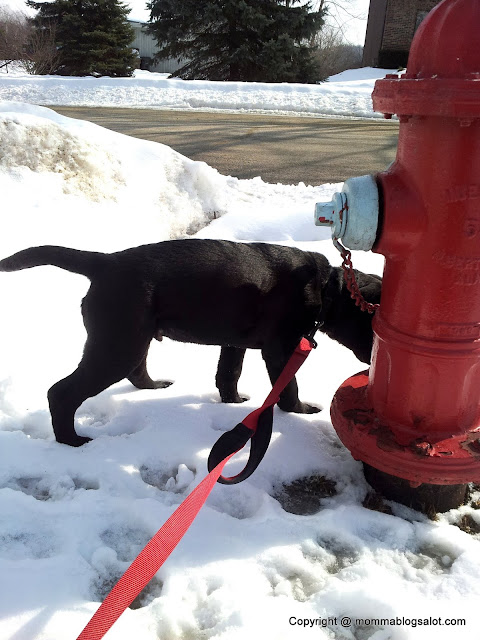 Day two went okay – I had to leave the house a few times and I think those breaks from puppy kept me sane. House training was going well for the most part and my biggest concern was worrying I was leaving him crated too much.

So on day three I let him hang out with us at home and only crated when absolutely necessary. That was a huge mistake. He really needed to be crated longer for my sanity and also for my carpet’s sake. There were SO MANY accidents and some of them seemed downright deliberate. I lost my cool and broke every rule in the book just trying to stay sane and still failed miserably.

By noon I was starting to seriously lose it – I wasn’t eating or drinking enough, trying to keep up with him and my temper was showing. By the afternoon I wanted to send him back and never have a dog again. By evening I was a sobbing wreck. But Dan and I had a loooooong talk and he helped me realize the many flaws in my actions. We also noted that the calendar would indicate that I am hormonal and that probably wasn’t helping, along with my probably also being dehydrated and malnourished.

I was worried though that my hormones were not the problem and that I was simply an awful Dog Mommy. Watching Doc play with the kids that night made me sob with guilt. DH calmly tried to remind me of the first months with MM when he was a baby, assuring me I felt the same way then and look at us now. I tried to hear him, but it was hard and I went to sleep early and exhausted. 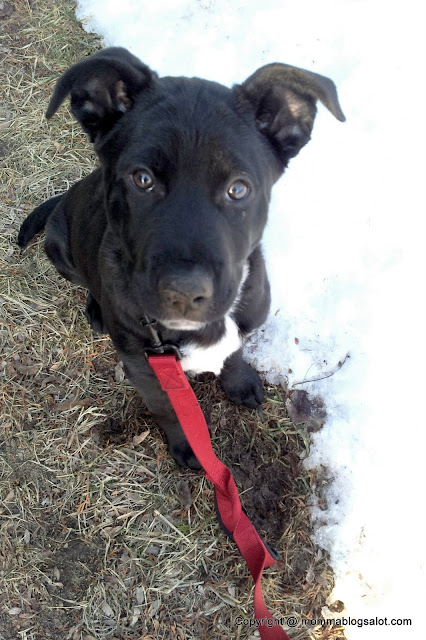 Day Four I was kind of a mess initially. Despite going to sleep really early the night before and having a great plan to get through the day, I was terrified and pessimistic, but by the time I finished waking up and got on with my day, doing all the things Hubby Recommended, things went SO MUCH BETTER. It was an amazing day in comparison. 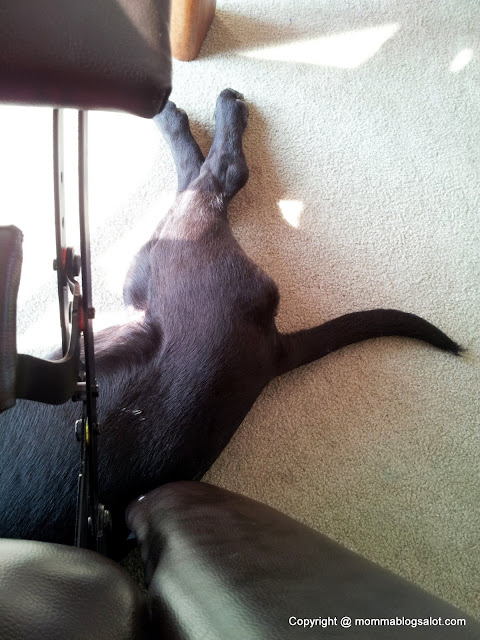 So now it’s Day Five and I can see the light at the end of the tunnel. I’ve kept up with my good habits learned from Dan and though we’ve had a few missteps and momma’s had a few mild temper tantrums, things are going well. I no longer want to send the dog back at all. If anything, he’s totally starting to grow on me and I can see how much Dan and the kids love him and there’s no guilt. I am a work in progress, but he is a very good dog. And even better? It’s FRIDAY and I’ll have two days at home with the hubby to pick up more good habits and get a little bit of a break.

Tomorrow Doc has his first vet appointment under our care (obviously he’s been already with his foster parents) and I’m going to get signed up for a puppy training class ASAP so that Doc and I can learn all the best tricks in the book from a professional and also get him a chance to get some social time with other dogs. And on Sunday? Momma is totally going to yoga with a friend because I think I’ve earned some social time, too!

In closing, here are some things I LOVE about our new dog (because isn’t it always a great thing to look on the brightest side sometimes?): 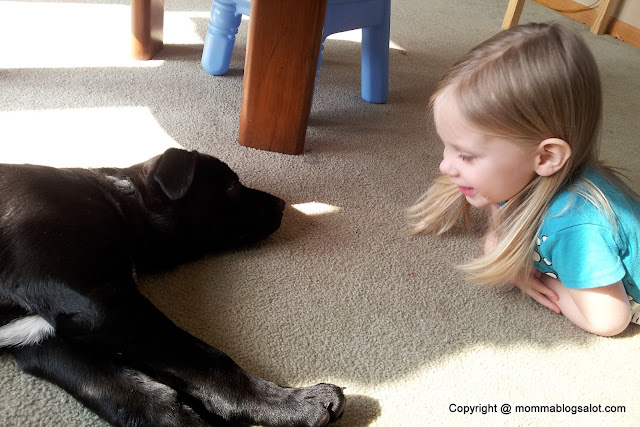 4 thoughts on “The Puppy Diaries: My First Week As a New Dog Mom.”