I read 3 books in less than a week. The Selection books are my new drug. The last book doesn’t come out until like spring 2014 which means I now have book-junkie itch. I’m trying to ignore it and read The Great Gatsby – the first few paragraphs were almost annoyingly descriptive but it got a bit better. I finished the first chapter and have not completely given up on it, so there you go.

We made very tipsy bread pudding this weekend, mostly following Ree’s recipe but adding extra alcohol and we forgot to add pecans. Irish Cream and vanilla extract are sort of the same thing, right? 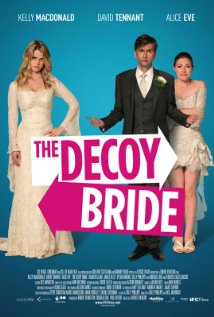 We watched this rom/com called The Decoy Bride starring David Tennant AKA The Doctor and Kelly Macdonald AKA Merida from Brave, bt-dubs. I really loved it, and even better, so did Dan. A romantic comedy that both wife and husband can enjoy is sometimes rare, so I feel the need to give it a Big Mention. It takes place on the remote Scottish island of Hegg and the cast is just brilliant. It’s funny and it made me cry and oh gosh, you must see it!

We’re now partway into Season Four of 30 Rock. I know, I am seriously behind the times with this one but I am loving the show SO much – Last summer Dan and I watched all the seasons of the reboot of Doctor Who (we’ve also watched about half of the classic series available on Netflix). This summer we are watching 30 Rock. I recommend both shows highly!

I made homemade French Bread Pizzas this weekend using the recipe linked from Joy the Baker – her suggestions were fantastic and I had a lot of fun coming up with pizza combos. We made a couple pepperoni pizzas, a bbq chicken with mushrooms and garlic and an awesome veggie pizza with diced tomatoes, artichokes, mushrooms, garlic and fresh basil. All came out fantastic.

What things are you loving lately?