I read 34 books this year which is 4 books more than my goal at the beginning of the year. The folks at Goodreads.com made another cute End of Year infographic this year for their users.

This is what my year in reading looked like: 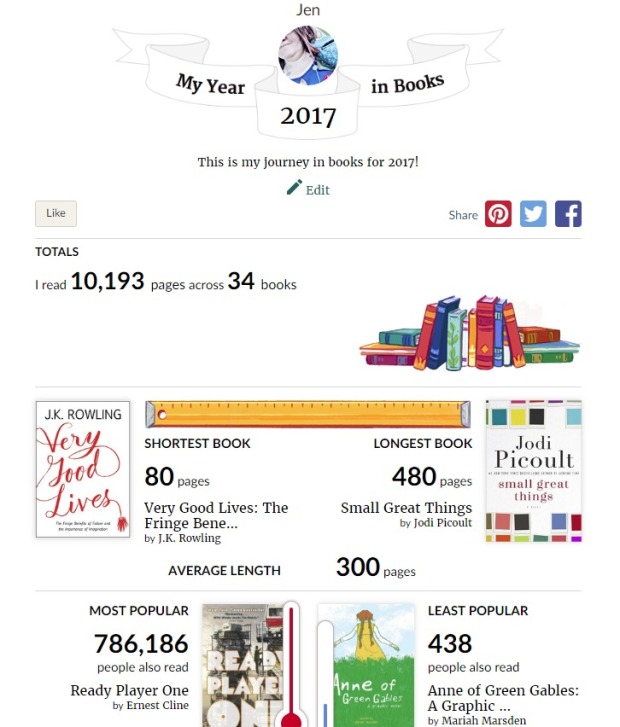 I read a lot of great books and honestly I’m not sure I could pick one as the very best – but these are the five books I  enjoyed reading most this year.

ALL The Books I Read This Year

Here’s to another great year of reading!

What was the best book you read this year?