Summer vacation is in full swing here and for us that means copious amounts of reading and trips to the library. We’re taking advantage of all the things our library has to offer this summer from arts and crafts events for tweens to outdoor Quidditch games for teens, summer reading programs, adult reading programs, and all the books, movies and board games we can fit in our tote bag.

I thought I’d share a couple of their favorite reads so far this summer in case you are looking for some Next Great Read inspiration for your own kids.

What My 9 Year Old Has Been Reading This Summer

Ghosts by Raina Telgemeier | My daughter and I actually both read this one. She loves the author/illustrator who also illustrated most of the new Babysitters Club graphic novels. This graphic novel is a little sad, a little fantastical and very sweet overall. I read it in two sittings after seeing how much my daughter enjoyed it. It was so good I fell into a graphic novel binge fest to see what other middle reader graphic novels were out there.

“Catrina and her family are moving to the coast of Northern California because her little sister, Maya, is sick. Cat isn’t happy about leaving her friends for Bahía de la Luna, but Maya has cystic fibrosis and will benefit from the cool, salty air that blows in from the sea. As the girls explore their new home, a neighbor lets them in on a secret: There are ghosts in Bahía de la Luna. Maya is determined to meet one, but Cat wants nothing to do with them. As the time of year when ghosts reunite with their loved ones approaches, Cat must figure out how to put aside her fears for her sister’s sake — and her own.”

The Fire Within by Chris d’Lacey | My daughter and I actually read this one together as a bedtime story over the last few months and in all fairness she loved it and can’t wait to read the next book in the series. I personally found the pacing to be way too slow and I’m still confused as to why this book was marketed as being about dragons when 75% of the story was about a squirrel. It almost felt like two entirely different stories that were forced together.

“When David moves in with Elizabeth Pennykettle and her eleven-year-old daughter, Lucy, he discovers a collection of clay dragons that come to life. David’s own special dragon inspires him to write a story, which reveals the secrets behind a mystery. In order to solve the mystery and save his dragon, David must master the magic of the fire within – not only with his hands but also with his heart.”

These are the books I remember the most gushing about over the last month but in all fairness my daughter read another 28 books besides these two. Add in a lot of graphic novel fairy tales, Baby Mouse books, books about fairies and Babysitters Club to get an idea of the full picture.

What My 13 Year Old Has Been Reading This Summer 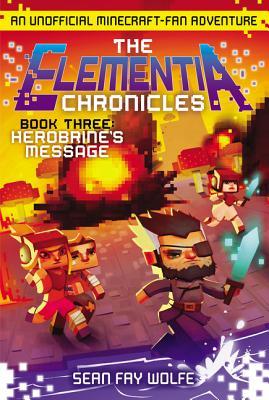 Herobrine’s Message (The Elementia Chronicles, Book 3) by Sean Fay Wolfe | This is book three in a trilogy based in the Minecraft universe. It is a massive tome of a book at 784 pages, so my son has spent much of the past month working his way through it. He’s a huge fan of the series – and all things Minecraft – and pretty much spent every waking minute with it until it was finished.

The Republic of Elementia is in ruins after the Noctem Alliance wages war on Element City. President Stan and his council are scattered across the server, trying to find their way back to one another to continue their fight for freedom. And a mysterious figure has joined their world—one with the power to save or destroy them all. In the stunning conclusion to the Elementia Chronicles trilogy, Stan, Kat, Charlie, and their friends make a last stand for the world they love in an epic battle of good vs. evil. 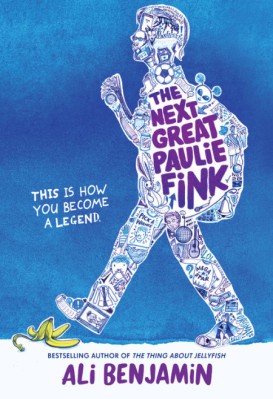 The Next Great Paulie Fink by Ali Benjamin | This was one of the books we got in our Owl Crate Jr. boxes this summer and MM continues to rave about it. We’re planning to read it together as a family read aloud soon.

“When Caitlyn Breen enters the tiny Mitchell School in rural Mitchell, Vermont, she is a complete outsider: the seventh grade has just ten other kids, and they’ve known each other since kindergarten. Her classmates are in for a shock of their own: Paulie Fink–the class clown, oddball, troublemaker, and evil genius–is gone this year.

As stories of Paulie’s hijinks unfold, his legend builds, until they realize there’s only one way to fill the Paulie-sized hole in their class. They’ll find their next great Paulie Fink through a reality-show style competition, to be judged by the only objective person around: Caitlyn, who never even met Paulie Fink.”

When he wasn’t reading these he was devouring Calvin and Hobbes and Foxtrot comic book collections and reading Minecraft manuals. Or playing video games.

What books are your kids reading right now?