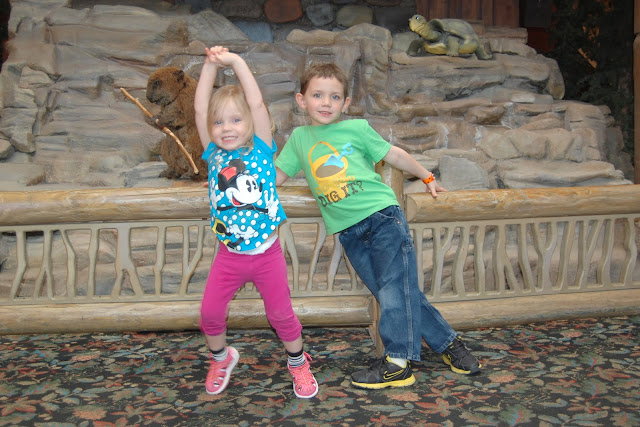 Sunday morning we told the kids we were going to the dentist, because the night before MM lost his first tooth. 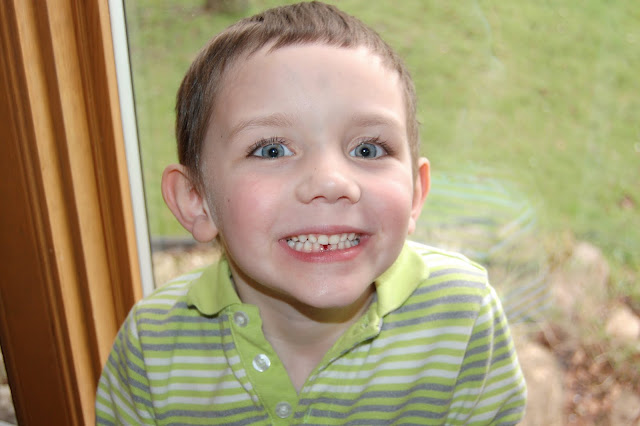 And by lost, I mean he pulled it out himself and everything! Such a big boy! After a night sleeping on the floor near his bedroom window and waiting for the Tooth Fairy to come bring him fifty cents for his first lost tooth, we got the kids ready to go. To the dentist. Uh huh. Somehow they totally overlooked all the times we let it slip, all the plans we made. They slept through us packing the car the night before and didn’t think to question when a trip to the dentist took us an hour in the car.

Best April Fools prank ever. We showed up at the Great Wolf Lodge in the Wisconsin Dells and MM was absolutely floored! He had honestly no clue apparently, though I’d been convinced he’d figured it out. He was so excited. We had lunch nearby then checked in and headed to play. We wandered around MagiQuest for a bit but opted not to play this time due to price and time restraints – next year. Because it does look fun. 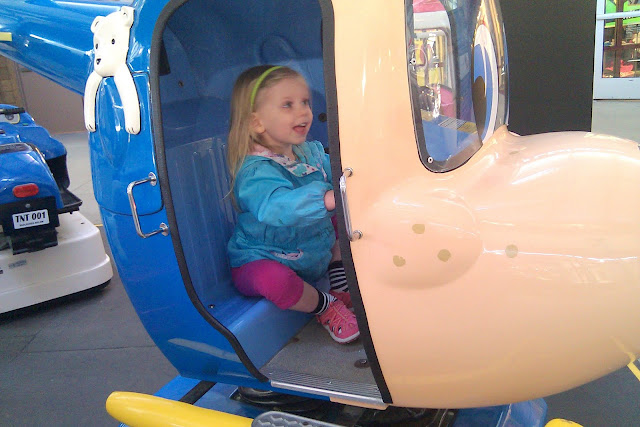 There was no shortage of fun for Dan and MM. They spent hours at a time in the waterpark, exploring all the slides and having a blast together. I’ll be honest though, it wasn’t the funnest trip for the girl and I. Apparently she was still working a bug out of her system because after 5 minutes in the kiddie pool I got to change one disgusting diaper and I refused to take her back in the water again for the rest of the day and the following day. Can you blame me? I think not.

But we spend Monday at the Tanger Outlets and had our own fun shopping in all the stores we’d typically have to drag the boys through. I tried on every pair of high heels in Famous Footwear and even found a pair cute enough to bring home. I tried on dresses for a summer wedding and found a cute coat. We browsed the kitchen goods stores and though we didn’t buy anything there we did see lots of cool things. BB got a cute pair of sweat pants at Old Navy. And of course we stopped to let her play at the little ride on toys several times. 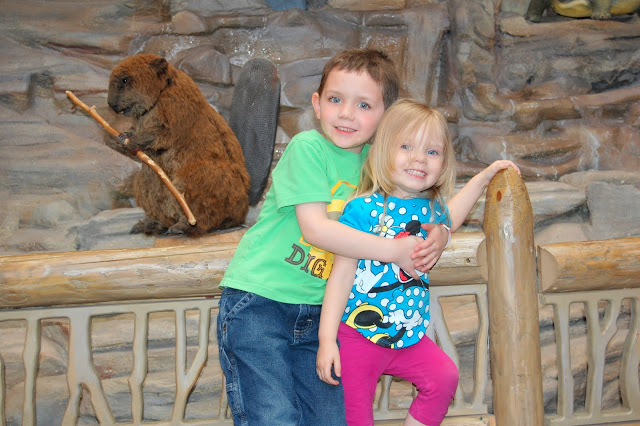 I didn’t get a lot of pictures on this vacation because BB was absolutely all over the place. I love this girl but she is not much fun to vacation with. She’s….. two years old. Really, this should have been obvious from the start. But overlooking all that, it was still fun. And it was totally worth it just for MM and Dan to enjoy their Spring Break together – and dude, the shopping!

We really liked the Great Wolf Lodge, poopy diapers aside, and we’re looking forward to going there again in the future. They had a fun Cub Club area with board games and toys for younger kids and a paint your own pottery deal with very decent pricing. The indoor waterpark kept the boys busy for hours – next time we may go in the summer so we can enjoy the outdoor park, too. 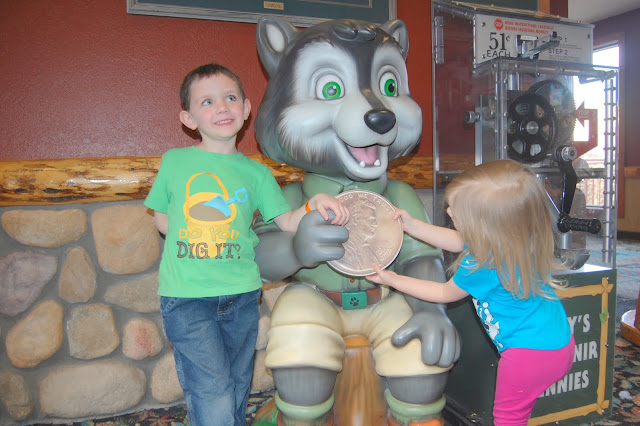 We also discovered that our daughter might be a kleptomaniac. She tried to steal several things from the gift shop AND Wiley Wolf’s big coin. I’m sure she’d have taken the whole statue if she’d been able to lift it. Look out for this girl!

2 thoughts on “Great Wolf Lodge = Way better than going to the dentist.”