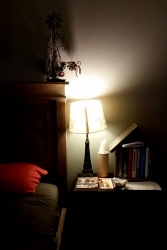 I’m linking up with Anne @ Modern Mrs Darcy to share the books I’ve been reading recently. She calls the series Quick Lit and the idea is to share short reviews of recent books – nothing lengthy or book reporty, just a quick note on what you read and if you liked it.

All The Light We Cannot See by Anthony Doerr

This book has been getting a lot of hype and just this once I feel like the hype is deserved. Very well written with beautiful details that rarely felt excessive. I enjoyed the rotating narrators and was quickly captivated by the story. It took me a long time to read but it was worth the time. For a huge book written about World War II with a lot of predictably sad scenes, this book was readable and interesting from beginning to end. It is mostly told from the point of view of two kids who are basically growing up over the span of World War II – a blind girl in France and an orphan in Germany who joins the Nazi youth unwittingly to avoid a life working in the mines. It’s very much a coming of age story in addition to being a really thorough look at what war looks like from every perspective, from beginning to end. LOVED 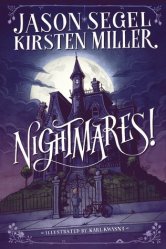 I was really impressed with this story. Nightmares! is about a boy named Charlie who is still reeling from this death of his mother a few years ago. His dad remarried and he really doesn’t like his new step mom, but the real issue is that Charlie has been having horrible nightmares and he can’t sleep and it’s making him really moody and alienating him from his friends and family. He’s convinced his step mom is a witch (literally) and that his little brother is in danger. From here, the story takes on a fantasy element – he ends up going to the Nightmare World and has to save his friends and his whole town. I have to admit, I saw some plot points coming early on – but I think I am probably older than the intended audience. My nine year old LOVED the book and wants to read the second one. REALLY LIKED

The Alchemist by Paulo Coelho 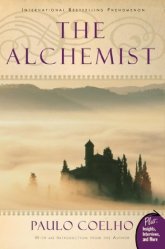 I liked this book but I’m not sure I can say I loved it. I thought it was an interesting story and well executed but it definitely borders on preachy and parable-esque, too much in some ways. But it’s a short read and I definitely got something out of it so I’m glad I read it. The Alchemit is “the magical story of Santiago, an Andalusian shepherd boy who yearns to travel in search of a worldly treasure as extravagant as any ever found. The story of the treasures Santiago finds along the way teaches us, as only a few stories can, about the essential wisdom of listening to our hearts, learning to read the omens strewn along life’s path, and, above all, following our dreams.” I think this book would be better suited for YA readers who maybe haven’t thought about some of this stuff before. LIKED

P.S. I Still Love You by Jenny Han 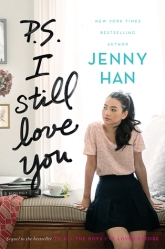 I wasn’t sure if this book would hold up to the first but Han’s writing is addictive and this story might have been even better than the first. I am still not sure if I am Team Peter or not but I’m definitely Team Lara Jean and I loved the insight into the double standards between men and women and her thoughts on dating today versus dating back in the 1950’s and the cyber bullying plot line. I think this would be great food for thought for today’s teens. It definitely brought me back! Make sure you read To All The Boys I’ve Loved Before first – both books are perfection. LOVED 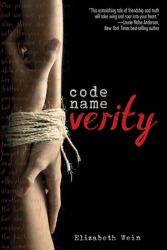 Right now I’m reading Code Name Verity by Elizabeth Wein, which my book club will be discussing in the beginning of December. It’s another World War II story but written as a YA novel and I can already tell the two books will be vastly different in tone. I’m listening along with an audible upgrade and I have a major girl crush on the narrator’s accent.

What are you reading?