There is a new fad these days that is combining the world of graphic novel with the world of classic literature. Some seem to be more successful than others. My kids have been all about graphic novels this summer and I joined them in the genre with two graphic novel classics. I’m sharing my thoughts on those as well as one that my son read below.

I recently saw this cute edition of Anne of Green Gables: a graphic novel by Mariah Marsden and Brienna Thurmier on NetGalley and couldn’t resist requesting a copy. I am a sucker for Anne Shirley so I was pretty sure it was right up my alley.

I’m of mixed minds on this one so I’ll give you a pro and con list:

Overall: Some Anne is better than No Anne (3/5) 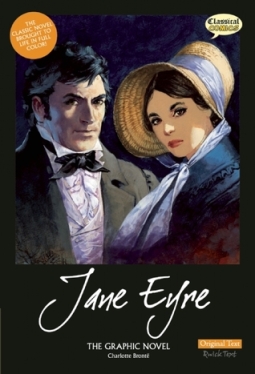 I found this copy of Jane Eyre in the graphic novel section the library and decided to give it a try. I’ve tried reading the novel a few times but stalled through the rather dreary beginning.

I cannot attest to how well this compares to the original. I would not be shocked to hear others give similar feedback to my impressions of Anne of Green Gables above. But I actually finished this, which is more than I can say for the original.

I liked the artwork a lot – the characters are well drawn and feel authentic to their personalities. The scenes are rather lush and dreamy or gloomy when gloomy is called for (which is often tbh). I still found the story rather dreary but the graphic novel version allowed me to plow through a bit faster and get to the good stuff. I think you could consider this a decent Cliff’s Notes version of the real thing. 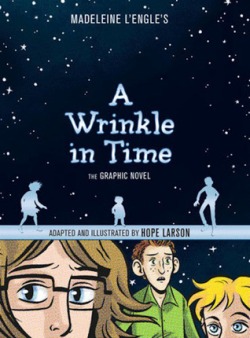 I didn’t actually read this one but I’m anxious to. My son devoured this graphic novel version of A Wrinkle in Time by Madeline L’Engle and then would not stop talking about it. He’s now working on book two of the series in actual book form. SO, here’s what we know through subtle observation:

Overall: A rousing success in this momma’s opinion but I still haven’t read it myself so I can’t grade the book only my momma bear satisfaction which is a definite 5/5!

Have you read any of these? What did you think?

What graphic novel should I try next?

What classic would you like to see turned into a graphic novel?