We love to play board games in our family. With the kids or as a couples night or game night with friends. Our collection of games has become massive over the years. We’ve discovered a few new favorites in the last couple of years and I thought I’d take a minute to share with you 5 of our favorite games to play for family game nights.

We currently have a 12 year old and 9 year old who both love board games. My husband likes a good amount of strategy in a game and prefers when the game can run at a quick pace. I like a game where I feel like luck will play into the game enough that I stand a chance against my husband – and I love a fun movie tie-in.

Here are 5 of our current favorites that the whole family loves: 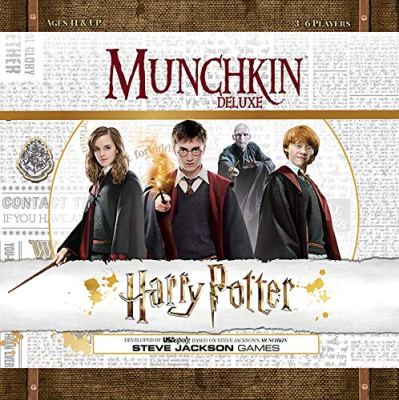 We’ve pretty much never met a Munchkin game that we didn’t enjoy and this Harry Potter themed one is no exception. It’s a Deluxe Munchkin which means it comes with a game board and little character markers for each player to move from Level 1 to Level 10. The overall game play is pretty similar to classic Munchkin but you get to pick your Hogwarts House and gather potions and fight death eaters. 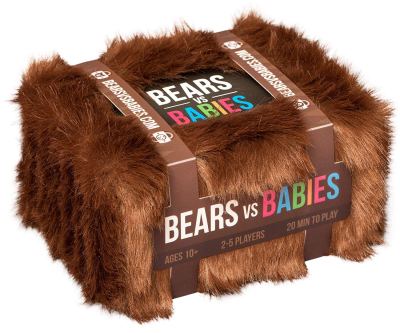 We love to break this one out when we have extended family in town because describing the premise of the game to someone new never gets old. You are building a Bear Army to defeat an Army of Monster Babies. It’s pretty easy to learn and has just enough strategy involved to keep everyone happy. The illustrations on the cards are adorable and irreverent and sometimes a little gross which makes the kids laugh a lot.

We’ve loved this game for years and it continues to be my favorite cooperative game to play with the kids. Everyone is working together to save four ancient relics from an island which is slowly flooding. You have to gather all four relics and get off the island while you still can. As the game goes on and various areas get flooded, the stakes are raised and things get harder – but you can adjust the difficulty level depending on the ages of the people playing or their experience with the game. 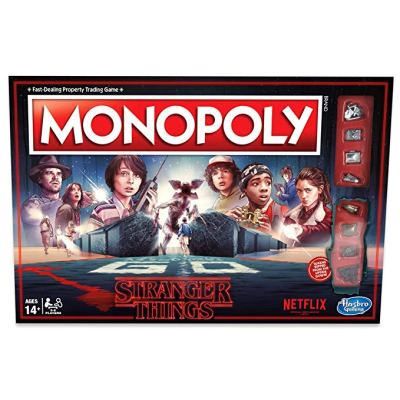 I’ve got to be honest, Monopoly is not always my top choice for game night. My husband runs that board like it’s his job and most of the time I know I’m losing before I’ve made it around the board twice. But I really love this Stranger Things edition. The game pieces are so cute and the pricing for property (or forts) is so nostalgia. Also I won my first game of Monopoly ever playing this edition so it gets a special pass in my book. For the most part this is just your classic Monopoly game though.

I just found out that we can rent board games from my local library and they even seem to be in good condition! I checked this one out last weekend and, I have to say, I really enjoyed it. The initial set up and explanation of the game rules took some time but the game wasn’t too hard to play once we really got going.

I really liked how quick each turn was – this meant that the game moved along pretty smoothly without my youngest kid getting distracted between turns and needing to remind them whose turn it was. You spend the game collecting and trading various diamonds to create Golems – whoever earns enough points through Golems, diamonds and coins wins. Fairly straight forward once you get past the set up.

What are some of your favorite board games?

One thought on “5 Favorites for Family Game Night.”