What Are You Reading Wednesdays is a weekly meme hosted by It’s A Reading Thing. To participate, open the book you are currently reading to page 34 (or 34% in your ebook) and answer these three questions.

I’m actually reading two different books right now which doesn’t happen often and wasn’t really planned – but I’m enjoying both so I haven’t put either one down yet. 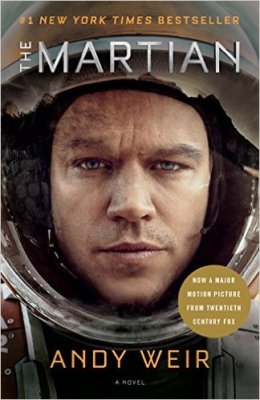 I’m reading The Martian by Andy Weir because my husband and I just watched the movie and I was pretty much hooked immediately. And my husband has been telling me to read it for ages because it’s amazing and everyone I know has read it and declared it amazing, so….

The screen went black before I was out of the airlock. Turns out the “L” in “LCD” stands for “Liquid.” I guess it either froze or boiled off. Maybe I’ll post a consumer review. “Brought product to surface of Mars. It Stopped working. 0/10.”

My favorite thing about this story so far is the main character’s sense of humor in spite of all obstacles. My husband and I talked a lot about how difficult it would be to survive what he did and we both agree that his sense of humor was incredibly important. That and simply having concrete things to do while he waited to be rescued. I think I’d have died from boredom if nothing else. I’d take a hard pass on living in this world – I’d never want to be in the main character’s shoes, much less the shoes of the people charged with trying to rescue him. 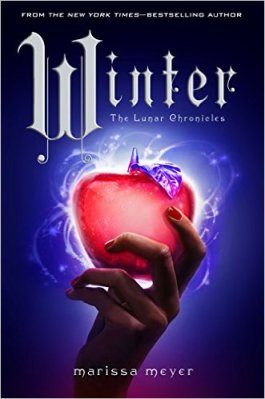 ‘m also reading Winter by Marissa Meyer because I just literally couldn’t wait any longer. If you follow my blog, you probably picked up on my raving adoration for The Lunar Chronicles series despite never wanting it to end, I desperately wanted to know what happens next. I was bogged down by the science in The Martian one night and decided to read a chapter of this instead, a little light and fluffy YA dystopian before bedtime is usually a sure thing. And now I’m reading both – typically a chapter or two of each every night. There are worse problems.

And as promised, here’s a quote from the 34% point in Winter:

The princess’s hair was a tangled mess and her skirt crusted with blood. The tablecloth they’d stolen had slipped down around her shoulders. Whereas the escape had filled Scarlet with adrenaline, it had left Winter drained. Her head bobbed as she pulled herself out of the ship.

So on the one hand, all the characters in this series are pretty much always fighting for their lives, having their hearts broken, dealing with horrible family tragedies and running from the law. And that sounds kind of exhausting. But… if I was in this world, I’d maybe get to meet these characters? I’d totally love to just chat them all up in a bar one night. I’d settle for a tv or movie adaptation though. As long as it promises to be extraordinarily well made.

What are you reading right now? 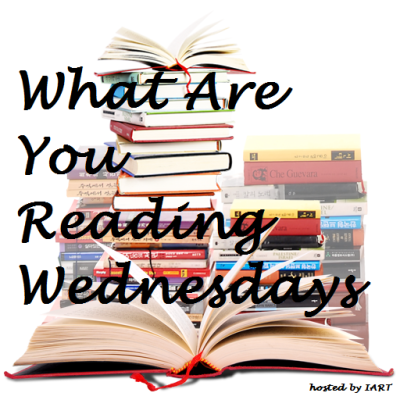