Totally stole this tag from Kate @ Opinionated Book Lover because it’s a rainy Thursday and being productive on a rainy Thursday just…. no. And my life has been a bit too hectic lately for real writing. Instead, let me tell you all the things about me that you never asked and if you are loving this, send me a link to your answers or just stick them in the comments section.

Name: Jennifer
Nickname: Jen, mom, mommyyyyyyyyyy, that girl who never says anything, that girl who never shuts up, and for my high school friends who remember, Sati. Because I don’t know.
Birthday: Christmas Eve. Yes, it was terrible but also kind of awesome. I tend to not have to work or go to school on my birthday because nobody else is working or going to school either. And everyone decorates and sings songs and gives people presents and sometimes I get presents and sometimes people give me like two books instead of one and say, “one for your birthday and one for Christmas, seeeeeee??????” And I won’t turn down extra books.
Star Sign: Capricorn

Hair Color: brownish, sometimes reddish. I’ve been considering a new color but I’m cheap and lazy so I’ll probably just keep talking about it until it goes grey.
Hair Length: I like a chin length bob that is shorter in the back. I’m probably due for a hair cut soon.
Eye Color: hazelish brown
Best Feature: my braaaaiiiiiiiiinnnnnnnn
Braces: nope
Piercings: none currently, used to have pierced ears but I hated it so now I don’t
Tattoos: none, I’m too fickle for permanent ink and needles
Right or Left Handed: righty

Best Friend: So the first one that I remember thinking, yeah this is my best friend, is my friend Gigi from freshman year of high school. I appologize if you were my best friend in grade school and I’ve forgotten, but I moved around so much in those early years that it’s all kind of a blur. Gigi and I used to march up and down the street holding up Backstreet Boys signs and singing their songs at the top of our lungs like evangelical boy band missionaries. We’re super cool.
Award: It was probably a participation award or like “perfect attendance” because I have a tendency to only get sick on weekends on holidays. I wish it was on purpose but apparently my body just hates days off.
Sport: ummmmm competitive reading? Netflix marathons? Staring competitions with my husband to decide who will cook dinner first? I make laziness an art form.

Real Vacation: The big one that comes to mind is going to Disney with my dad when I was little.
Concert: Okay so I have memories of going to concerts when I was young that I’ll be honest, I don’t know if they actually happened or if I just had an overactive imagination. But I know I saw Third Eye Blind and like Smashmouth or something in high school.

(Warning, I’m really bad at picking one favorite anything)

Movie: The Decoy Bride is one of those movies that I have a tendency to insist people watch and sometimes I’ll insist that they sit down and watch it with me and I’ll stare at them throughout the whole movie to make sure they laugh and swoon at the right parts and they aren’t allowed to tell me that David Tennant doesn’t really look all that hot in this one because shut up. The Doctor is always hot. Always. To quasi-quote Kelly Macdonald, “[he’s] a lot hotter than [he] look[s].”
TV Show: Okay so this is impossible but some favorites are Doctor Who (obvy), Sherlock, The Great British Baking Show, Big Bang Theory, Project Runway, Gilmore Girls… I watch a lot of tv tbh but these are some of my favorites.
Color: I’m feeling kind of a blue green these days. My daughter decided a few years ago that my favorite color is green and I humor her but some days I like a mauvey purple, sometimes bright red (especially for appliances) but blue green is where I’m at these days.
Song: Okay I can’t give you one song, but how about like a 10 song playlist?

All About That Bass by Meghan Trainor

Dog Days Are Over by Florence & The Machine

Suit and Tie by Justin Timberlake

Shake it Off by Taylor Swift

Lost Boy by Ruth B

Restaurant: Olive Garden has a special place in my heart because my husband proposed there, but we also have a lot of local favorites like Babes Bar & Grill, Cafe Hollander and Lilianas.
Store: Target and Barnes & Noble probably see me most often.
Book: hahahahahaha ummmm yeah we could be here all day if I really tried to do this but lately I’m squealing most often about The Lunar Chronicles by Marissa Meyer (start with Cinder) and Fangirl by Rainbow Rowell and later I’m going to kick myself for not mentioning ___________. 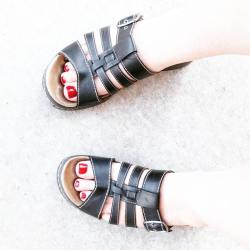 Shoes: I live in sandals as often as possible. Lately I’m rotatining between Clarks wedges and yellow strappy sandals, also by Clarks. I like Clarks.

Children: two kids, a 10 year old boy and a 7 year old fairy princess dictator.
Marriage: happily married for 10 years 🙂
Careers: Right now I’m subbing for a local school district, mostly as a teacher’s assistant.
Where you want to live: I like where I live but if my family could somehow magically live closer without having to actually move and if we could be closer to water and that hot dog stand back home… that would be super. I want to live walking distance to a bookstore and a little Italian bakery with good schools near by and plenty of good coffee shops and playgrounds. In a house with a wrap around porch and a huge backyard with great friends nearby. We have some of these things already.

God: undecided / agnostic
Miracles: yes
Ghosts: not really
Soul Mates: ehhh?
Heaven/Hell: see above
Kissing on the first date: if he seems worth it.
Yourself: well I am here, aren’t I?

Anything else you want to know about me? Leave a comment.