I’m belated linking up with Top 10 Tuesday because I’m a rebel with a literary cause. And I’m avoiding vacuuming. #truth This week’s prompt is 10 books on your fall tbr. I am being super strict with myself here and sharing books I already own that I’d like to read this fall, because I did make a resolution way back in January to read more of the books already on my bookshelf. I won’t say I’ve been exemplary in that effort, but I’m trying.

Anyway, I wandered the house and my kindle library and narrowed it down to the 10 books I’d most like to read this season, not including book club picks because I don’t know why. I just didn’t. Insert your own reason here. Anyway….

Here are 10 books on my TBR list this season: 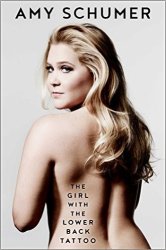 The Girl With The Lower Back Tattoo by Amy Schumer was in my last Book of the Month box and I’m super excited to read it but haven’t been able to squeeze it into rotation yet. If I don’t read it this fall, there will be slanty faces made. I may be addicted to memoirs by female comedians but I’m not seeing the problem with this so….

Dubliners by James Joyce seems like a perfect fall read. It’s a collection of short stories by Joyce that makes me want to sit by a fire place and listen to someone with an Irish accent read to me in Gaelic. I got this one for like 99 cents on the kindle.

The Cuckoo’s Calling by Robert Galbraith (aka JK Rowling) was recommended several months ago by a friend from previously mentioned book club and I may be the only one in the group who hasn’t started reading it yet. The hype is major with this one and I’m looking forward to it as soon as I figure out how to read more than two books in a month. Any suggestions?

I’m totally down for some time turning magic here.

Bridget Jones: The Edge of Reason by Helen Fielding because I need to play catch up before I watch Bridget Jones’s Baby and I’m seriously behind. I nabbed this one at a used bookstore like a boss. 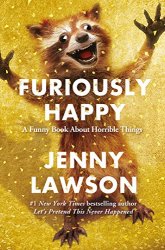 Furiously Happy by Jenny Lawson because it’s a crime that it’s been sitting on my bookshelf for freaking ever and I haven’t read it yet. My husband read it before me and he reads like five books  a year! I loved her last book and my husband was laughing out loud with this one so I know I’m in for a treat.

The Gifting by K.E. Ganshert was recommended to me recently during one of those heated book naming conversations I tend to get into when the topic of young adult dystopian series comes up. I told her alllllll my favorites and I was super excited when she recommended one that I’ve never heard of. Whatttttt???? Have any of you read this one? The kindle edition is FREE. 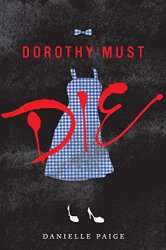 Dorothy Must Die by Danielle Paige was one of those books that I used to walk by every time I went to the bookstore and just kind of gaze at it, pick it up, put it down and whisper “Soon, my love, soon…” Well I freaking bought it and still need to read it and that’s just nonsense. Seriously. Time turner. The cover art is super intriguing and I’m obsessed with literary retellings / reimagingings so it should be a good time.

The Book Thief by Mark Zusak because I’m the last person on earth who hasn’t read it yet, possibly. Something about this book makes me feel like it wants to bread in the fall, is that weird? I want to wear a big fluffy sweater and linger over the pages with a big mug of apple cider. Being yet another book about WWII, I know it’s going to make me cry buckets but I am here for it, you know?

A Little In Love by Susan E. Fletcher because my husband and I had this weird Les Mis marathon recently and I went off on a tangent about Eponine and how her character really deserves a better story. And I might write one but then I remembered that someone already did so for now I’m going to read hers and see if it manages to scratch that itch. If not, look out world.

Red Queen by Victoria Aveyard has been on my kindle for a little while now and I have no excuse for not having read it yet except for you know the time turner thing. Royalty, magic, caste systems, forced betrothals – this one really does have it all.

What books are on your TBR list right now?