So far I’ve finished five books this year. That number might not seem impressive to you but with limited reading time, it’s a number that makes me happy. What makes me happier? I’ve really enjoyed all fivebooks which is a pretty stellar run. That means that I’ve enjoyed 100% of the books I’ve read this year. What?

I’m linking up with Anne @ Modern Mrs. Darcy to share the books I’ve been reading recently.

Here are 5 books I finished in the last 2 months: 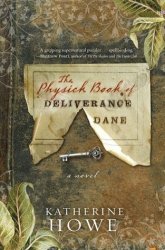 The Physick Book of Deliverance Dane by Katherine Howe

I’m a sucker for books about the Salem Witch Trials and I thought the concept for this story was really cool. I liked the contrast of the modern day story mixed with the historical stuff. Occasionally I felt the book bordered on unrealistic, not because of the mystical elements so much as the character’s reactions to things but overall I really enjoyed it. My book club was torn on this one – not everyone liked it, but I think it’s worth a read. 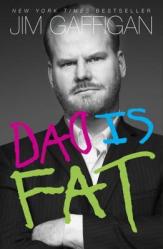 Dad is Fat by Jim Gaffigan

I love Jim Gaffigan and this collection of essays is hysterical and an accurate portrayal of parenting and life. I really enjoyed it – a lot of the essays are things he includes in his stand up act but it was still fun to read and there was plenty of new material I hadn’t heard already. Bonus points: My husband and I both loved this one so we were able to laugh about it together. 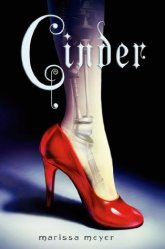 When you tell people you are reading a story about Cinderella as a Cyborg… you are going to get strange looks. When you tell them you are becoming rabidly obsessed about a story about Cinderella as a Cyborg… yeah. It doesn’t get much better, I’m afraid. But then curiosity might get the better of them, and they might read it, too. And when they become hooked, they will tell you – “I’m sorry I thought you were insane. This book is awesome. I’ve already bought books 2 and 3 and I’m not even done with book 1 yet.” True story. 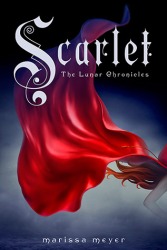 It took a little while to get used to the new characters who told the majority of the story, but they quickly became just as endearing as Cinder and Prince Kai. I continue to be fascinated by this story and the world Meyer has created for her characters. Looking forward to book three. 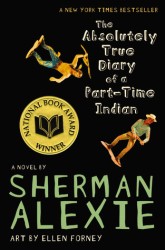 My book club will be discussing at the end of the month. It’s a YA book about a geeky boy growing up on an Indian reservation who decides to go to school off the reservation – and isn’t very popular with either his old classmates or his new ones. It’s kind of part coming of age story, part frank and often depressing look at poverty and racial issues but it’s somehow filled with humor as well.

What are you reading right now?