I’m already kind of hating myself for using the term bae but let’s pretend it was ironic, okay? I’m linking up with The Broke and the Bookish for their weekly Top 10 Tuesday link up – this week is a Valentines Freebie. I thought I’d steal The Hardcovers and Heroines idea of compiling an oh so important list of my 10 favorite fictional boys – the ones you wish you dated in high school or constantly think “he’s just like my sig other!!!” I’m sure there could be other more deserving fellas if my memory were better, but I decided to go with the boys that time cannot erase – thus making them worthy of the status Top 10.

(1) Rhett Butler from Gone With the Wind who never ceases to tell it like it is, even when he’s toting the world’s most unpopular opinions. He knows how to kiss and how often a girl should be kissed and doesn’t care what people think about him.

(2) Landen from The Eyre Affair series by Jasper Fforde who is often only written into a few scenes and isn’t always himself and doesn’t always exist but always finds a way to get Thursday to center herself and breathe and be a decent human being but never asks her to be less than herself. 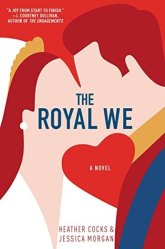 (3) Prince Nicholas from The Royal We because who doesn’t want to have at least one prince on their list? And if you can only have one, you want Nick. He’ll watch that cheesy tv show with you that most people don’t admit to liking while eating junk food or go bar hopping with you when he can get away from the press. And you know, heir to the throne and stuff.

(4) Fitzwilliam Darcy from Pride and Prejudice who is never not making me fall in love with him. I’ve never met a P&P interpretation I didn’t love and I’ve never met a Darcy who wasn’t basically everything. Ardently. 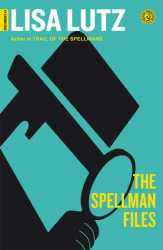 (5) Henry Stone from The Spellman Files by Lisa Lutz is often the only grown up in the room – and the main character, Izzie, usually benefits greatly from his maturity – and I think he benefits greatly from her craziness. They balance each other out – when they can keep it together long enough to be together. *spoilers* 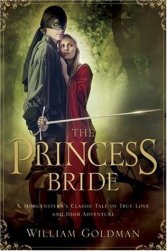 (6) Westley from The Princess Bride but what I really mean is Carey Elewes and if we’re going to be perfectly candid, I’ll often be thinking of his character in Robin Hood Men in Tights which is similar but better. But the gist of the appeal is the same for both characters. Clever wit, sarcasm and confidence that isn’t arrogant.

(7) Gilbert Blythe from Anne of Green Gables because obviously. What girl in their right mind doesn’t have Gilbert on their list? We all swoon together over the pig tail pulling and the constant devotion no matter how many years she gave him a hard time. Gilbert is the original Boy Next Door. 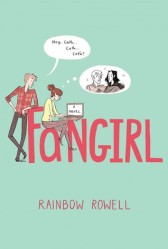 (8) Levi from Fangirl by Rainbow Rowell. I love that he somewhat defied the stereotypes of his character type in a way that made him feel real instead of imaginary – and the way that he supported and rooted for Cath and didn’t shy away from her anxieties – #allthefeels comes to mind.

(9) Morelli and / or Ranger from the Stephanie Plum series because much like Stephanie, I can’t decide which one I’d prefer. Some books I’m all about the Jersey Cop who has a bad boy past but you could actually see yourself settling down with and cooking a big pile of spaghetti for. Other books I’m taken with the idea of her living a super spy existence with the suave mystery man who has his stuff together with or without you.

(10) Carswell Thorne, a character in The Lunar Chronicles (I’m reading Winter right now) by Marissa Meyer is probably not the guy that I’m supposed to adore from this series. Prince Kai would be an obvious choice – the handsome leader from New Bejing who always seems to make the right call and likes Cinder even though she’s a cyborg mechanic. And I could see some people being into Wolf, the superhuman soldier with a bad temper and serious loyalty to his girl. But Carswell, who usually does the wrong thing for the right reason or vice versa – who Cress loves ardently even when he doesn’t seem to deserve it. Who becomes a better man when he finally has a person he wants to be better for – a person who sees the best in him. Seriously – he’s not the guy you are supposed to love – but…