I nabbed this book tag from, who else, Birdie Bookworm. She’s like my new favorite tag pimp. That’s a thing, right? Anyway this one is all about Nintendo (nerds, rejoice). I’ll be honest, I’ve only owned two of these systems but I’m familiar with the product line and ready to dig in!

NES (Nintendo Entertainment System):
A classic you want to read. 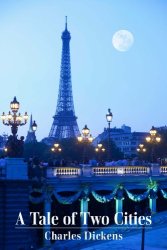 A Tale of Two Cities by Charles Dickens – I’m basically the worst English major in the world when it comes to the lengthy list of classics I haven’t read yet. I’ve really enjoyed the Dickens that I have read so this one seems like a natural choice. And I’ve had it on my Kindle for ages, so.

SNES (Super Nintendo):
A sequel you liked more than the first.  (Can be a second book in a series.) 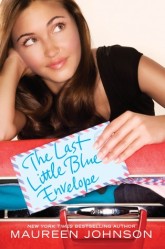 The Last Little Blue Envelope by Maureen Johnson was the first book that came to mind because I remember thinking “Wow, I liked this one better than the first book and that almost never happens!” A quote from my review of the book adds, “Something in the writing felt fresher and tighter and it probably helps that I’d grown accustomed to the cast of characters. I also really loved Oliver – probably more than I’d liked Keith in book one.” I think the author was in such a good groove writing this one, but you definitely have to start with book one, no questions asked.

Nintendo 64:
A book that revolutionized the way you look at the world. 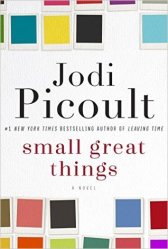 Small Great Things by Jodi Picoult left a much bigger impression on me than I was expecting it to. It really got under my skin and surprised me in a lot of ways. This was a difficult book to read and a lot of the people in my book club that read it with me did not care for it but I’m glad I read it. I think I’m a better person for it – or at least a less naive person.

Gamecube:
A popular book that did not go over so well with you. 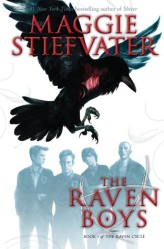 The Raven Boys by Maggie Stiefvater has a massive following and I think the blogiverse got my hopes up waaaaaay too high before I finally got a chance to read it. Something about the book kept me at arm’s length and I wasn’t able to really lose myself to the story. But to be fair, I didn’t dislike it nearly as much as I hated The Scarlet Letter by Nathaniel Hawthorne. So you can put the pitchforks away, promise.

My Lady Jane by Cynthia Hand, Brodi Ashton and Jodi Meadows was the last book I loved so much that I started to get weird about it. You know the ones that you recommend so ferociously to people that they take a step back like they aren’t sure if maybe you are trying to sell them drugs or a Timeshare or something? Also why do so many of my favorite books have such preposterous premises. “It’s about Lady Jane Grey except not really and she falls in love with a horse – but it’s so romantic!”

Nintendo Power:
Favorite graphic novel series or a series you want to start.

I haven’t read a ton of graphic novels but I really want in on this whole series of classic book given the graphic novel treatment. My first choice would probably be A Wrinke in Time by Madeline L’Engle. The artwork looks way too cool and I think it would be a fun way to share some of my favorite stories with my kids.

Super Mario:
A character that you’d love to squish like a Goomba.

Jonathan Randall from Outlander by Diana Gabaldon. Just seeing the actor that portrays him in the miniseries, Tobias Menzies, sends me into a panicked frenzy. I’m so torn when it comes to this series because I loved so much of the first book / season and then that last scene with Jamie and Randall happened and I am basically scarred for life now. I’d like to squish that entire storyline like a Goomba.

Zelda:
A newer fantasy that you consider to be a modern classic.

he Lunar Chronicles series by Marissa Meyer is such perfection. I could totally see it becoming a classic someday. Teenagers of the world would rejoice if this one became required reading. Book one is essentially a futuristic retelling of Cinderella and the series ends up retelling several classic fairy tales, weaving them all into an epic story of adventure and romance.

Samus-Aran:
Favorite Sci-Fi novel or one you want to read. 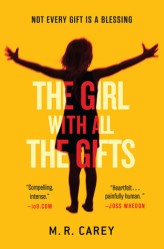 The Girl With All The Gifts by M.R. Carey was such a good read. I really had no idea what I was getting myself into when I started and I loved how the story seemed to kind of unfold itself as I read. The author did a great job of giving you just as much information as she wanted you to have as the story progressed. The characters were wonderfully fleshed out and the story lingered in my mind constantly throughout the day and probably will continue to do so for quite some time.

Pokemon:
Book editions that you want to collect.

I’m kind of obsessed with the Puffin in Bloom collection of novels like Anne of Green Gables by L.M. Montgomery. I’ll be honest, pretty much any pretty edition of Anne of Green Gables or Pride and Prejudice makes me want to buy it immediately which is fairly ridiculous but true. I also frequently find myself wanting to buy updated editions of the Harry Potter series, especially the illustrated editions – gah, gorgeous.

I’ll be honest, I really want to mention The Lunar Chronicles again. I think her characters are incredibly well written. Another favorite worth mentioning is basically any book by Rainbow Rowell because she really fleshes out all of her characters to the point that they are living and breathing inside of your heart. My personal favorite is Fangirl but they are all incredible.

I guess the Mario series in general but I’ve got to be honest, I’m not a big Nintendo fangirl. I like playing Smash Brothers with Dan and the kids but I’m such a button masher, I have no real skill at the game whatsoever. I just liked playing as Princess Peach.

I don’t like tagging people – but if you are reading this and it sounds super fun, then consider yourself tagged!