If you read The Lazy Genius regularly you know allllllll about the Bracket of Guys and you’ve been hyperventilating for days now. After months of choosing our favorite Matt, Steve, John, Joe and every other male name on the planet, we’re now pitting them all against each other in the hottest March Madness tournament known to woman.

I spent a significant amount of time filling out my brackets (I made one for my heart of hearts and one that attempts to read the minds of strangers), screaming into throw pillows about the insanity of choosing between people like Chris Pratt and Robert Downey Jr. or David Tennant and Benedict Cumberbatch (you cannot do that to a geek! YOU CAN’T!!!!). In a strange twist, both of my brackets ended at the same name. My head and my heart seem to be in agreement that Chris Pratt is the pinnacle of everything.

Today we started voting in the first round of the East Hot Region. That’s a technical term that stands for eight of the hottest and brightest actors as determined by the readers of The Lazy Genius. So if you have a strong opinion about Harrison Ford, Colin Firth, Rob Lowe, Adam Levine, David Tennant, Ryan Gosling, Jimmy Fallon, Michael Fassbender, Will Smith and like a whole bunch of other dudes – it’s time to vote. Make your voice heard. Be a part of the process. It’s your civic duty. Or something. 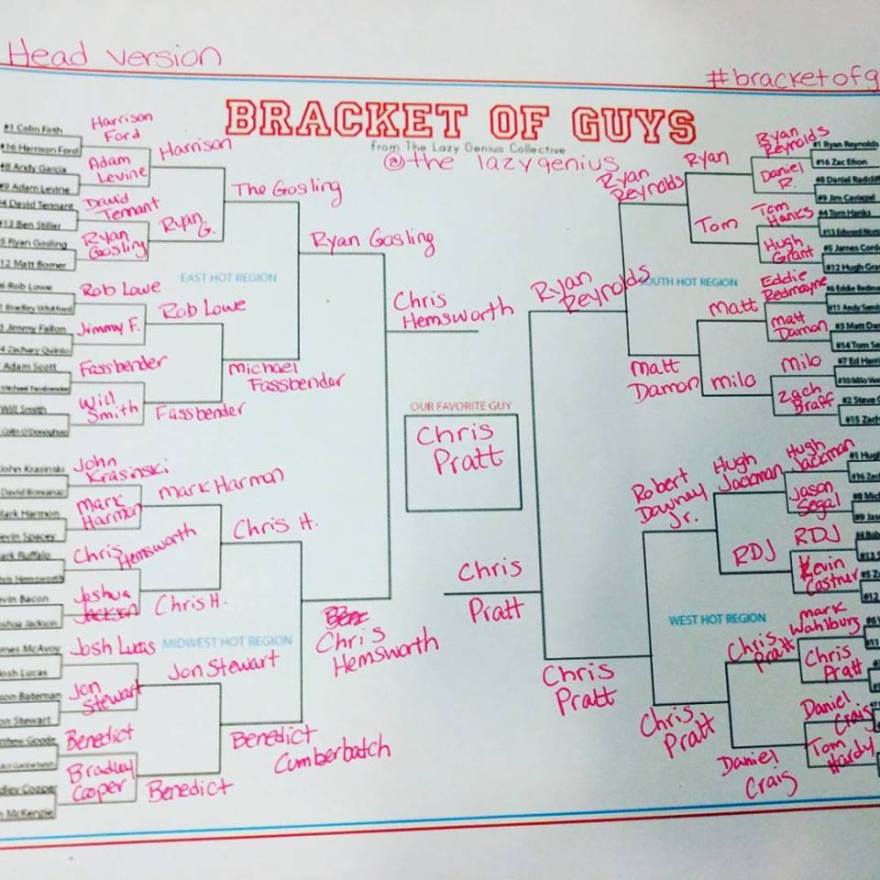 Posted on March 3, 2017 Posted in entertainment