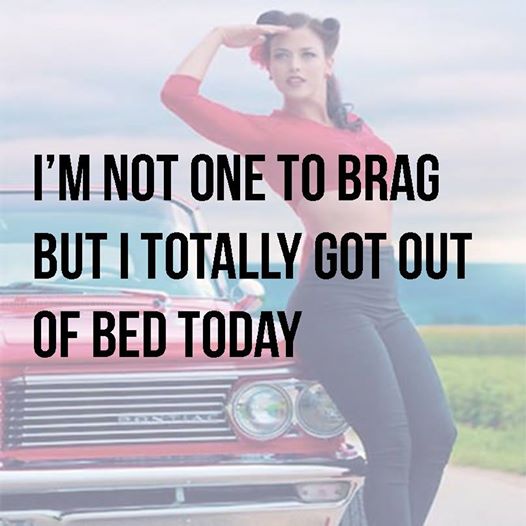 This week has been less than productive in a lot of ways as I’ve been a little under the weather and laziness kind of became a priority. I’m behind on laundry, my kitchen has looked better and my husband cooked dinner two nights in a row (he’s such a keeper). So yeah. It’s been that kind of a week. But in the name of Positive Thinking, I decided to play along with Mama Kat’s last prompt for this week’s Writer’s Workshop and list some things I did accomplish this week in between huddling on my couch and drinking lots of water and tea and waiting to go to bed again.

I could probably go on, but I don’t want to brag too much about how awesome I am. Or do I? I mean if you have like an award that you’ve been waiting to give out, I get it. I’m kind of a big deal.

What have you accomplished this week?

Leave a comment and I’ll respond with enthusiastic cheering, okay?

11 thoughts on “8 Things I Accomplished This Week.”